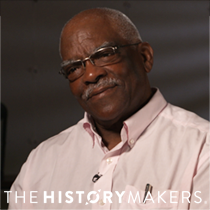 See how The Honorable Edward R. Redd is related to other HistoryMakers

Judge The Honorable Edward R. Redd was born on August 11, 1948, in New York City, to Frances and Everett Redd. He attended the William Lloyd Garrison School and graduated from Boston Technical High school in Boston, Massachusetts. Redd went on to receive his B.A. degree in psychology and sociology in 1971, from Brandeis University in Waltham, Massachusetts, and his J.D. degree from the Boston College Law School in Chestnut Hill, Massachusetts in 1974.

In 1971, while attending law school, Redd worked as the assistant director of the Harvard Upward Bound Program in Cambridge, Massachusetts. The next year, he served as a legal intern at the Boston College Legal Assistant Program, and as a research aide to the Massachusetts Black Legislative Caucus. In 1974, Redd became the executive secretary of the Boston NAACP, where he was involved with the desegregation of Boston Public Schools. He then went on to become a consultant at the U.S. Department of Health, Education and Welfare under two presidents – President Gerald Ford and President Jimmy Carter. In 1977, Redd opened his own private law firm and real estate development company. Then, in 1979, he became the assistant general counsel for the Massachusetts Port Authority. During the administration of President Ronald Reagan, Redd served as a presidential appointee to the Commission on Presidential Scholars. In 1984, Redd left his private practice and joined the law firm of Brown and Prince in Boston. He then went on to become the chairman of the Massachusetts Alcoholic Beverage Control Commission in 1991. Two years later, Redd was nominated by Governor William Weld to serve on the Trial Court of the Commonwealth as an associate justice. Within the court’s Roxbury Division, Redd was promoted to acting presiding justice, associate justice and finally presiding justice in 2005. In 2010, he moved to the Central Division of the court as the associate justice where he presided until his retirement in 2012.

Redd served on the advisory task force of the Dudley Square Vision Project; as a committee member on the search committee for a new Commissioner of Probation for Massachusetts; and as the ambassador of the Polar Bears on Martha’s Vineyard. He was also a member of the United Way of Massachusetts Bay and Merrimack Valley.

Redd was interviewed by The HistoryMakers on August 16, 2018.

See how The Honorable Edward R. Redd is related to other HistoryMakers