Information about The Honorable Edward Perkins 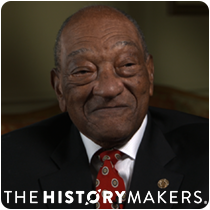 See how The Honorable Edward Perkins is related to other HistoryMakers

Ambassador Edward Perkins was born on June 8, 1928 in Sterlington, Louisiana to Edward Joseph Perkins Sr. and Tiny Estella Noble Holmes. Raised by his maternal grandparents, Nathan Noble and Sarah Stovall, in Louisiana, Perkins moved to Pine Bluff, Arkansas, at the age of fourteen to attend high school. He moved to Portland, Oregon in 1947, where he graduated from Jefferson High School. In 1947, Perkins joined the U.S. army and was stationed in Korea and Japan. Perkins served four years with Marine Corps before accepting a position as Chief of Personnel at the Army and Air Force Exchange in Taipei, Taiwan. In 1967, Perkins earned his B.A. degree from the University of Maryland in Taipei, Taiwan, accepted an internship at the U.S. Agency for International Development (USAID), and commenced a tour of duty with the U.S. Operations Mission (USOM) in Thailand. Perkins earned his Ph.D. degree in public administration from the University of Southern California in 1978.

In 1972, Perkins accepted his first position with the U.S. Foreign Service, serving as a personnel officer in the office of the Director General, where he and other black officers worked to create more opportunities for minorities and women in the Foreign Service. In 1975, Perkins worked as a management analysis officer in the U.S. Department of State’s Office of Management Operations, and was part of Henry Kissinger’s Priorities Policy Group (PPG). In 1978, Perkins accepted a position as counselor for political affairs at the U.S. Embassy in Accra, Ghana. Three years later, Perkins became deputy chief of mission of the U.S. Embassy in Monrovia, Liberia. Perkins returned to Washington D.C. to work as director of the Office of West Africa and, in 1985, Perkins was appointed as ambassador to Liberia. In 1986, Perkins became the first black ambassador assigned to the Republic of South Africa, where he was a vocal opponent of apartheid. In 1989, Perkins became the director general of the Foreign Service. He was appointed as U.S. ambassador to the United Nation in 1992 and, in 1993, Perkins accepted a position as ambassador to the Commonwealth of Australia. After retiring from the Foreign Service in 1996, Perkins accepted a position at the University of Oklahoma, where he served as the executive director of the International Programs Center.

Perkins and his wife, Lucy Cheng-mei Liu, have two daughters, Katherine and Sarah.

Edward Perkins was interviewed by TheHistoryMakers on November 1, 2017.

See how The Honorable Edward Perkins is related to other HistoryMakers