Information about The Honorable Earlean Collins 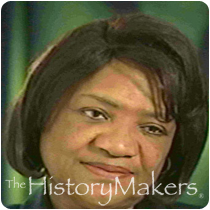 Earlean Collins was born in Rolling Fork, Mississippi, and was one of fourteen children. Collins moved to Chicago, Illinois, as a teenager and graduated from Wendell Phillips High School. She later attended the University of Illinois at Chicago Circle Campus.

Collins’ introduction to Illinois politics came through her marriage to Otis Collins, who served for eight years in the Illinois House of Representatives. However, Collins and her husband separated and by 1975 she was living in Oak Park, Illinois, and working for the Department of Children and Family Services. She was encouraged at that time to run for a seat in the Illinois General Assembly. Collins became the first African American female to be elected to the Illinois Senate in 1976.

In the Senate, Collins served on the Committees on Insurance, Appropriations, Pensions & Licensed Activities and Elementary & Secondary Education. In addition, she chaired both the Transportation and the Developmentally Disabled Homeless Committees and was Vice-Chairperson of the Labor and Commerce Committee. She was the first African American female in a leadership position in the State Senate, serving as Democratic Leader of the Executive Committee. Among the pieces of legislation introduced by Collins was a proposal directing the Illinois police to draw up guidelines for high-speed pursuits. She also sponsored a bill to require handgun buyers to complete an eight-hour firearm safety course.

In 1994, Collins ran for the position of State Comptroller of Illinois. She received the nomination of her party, but was ultimately defeated. Five years later, she resigned from the Senate after two decades to run for Commissioner of the Cook County Board, where she currently serves. Remarried, Collins is the mother of one son. She has been honored by the Chicago Urban League, receiving their “Beautiful People Award.”

See how The Honorable Earlean Collins is related to other HistoryMakers
Donate Now
Click Here To Explore The Archive Today!