Information about The Honorable Dorothy Tillman 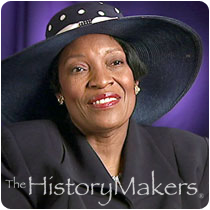 Civil rights activist and former city alderman Dorothy Wright Tillman was born on May 12, 1947 in Montgomery, Alabama, and joined the Civil Rights Movement at the age of sixteen.

As a trainee and a field staff organizer with the Southern Christian Leadership Conference (SCLC) she fought for equality and political consciousness. She helped Dr. King organize in Chicago, where she met her future husband and father of her children, Jimmy Lee Tillman. She also participated in the march on the Edmund-Pettus Bridge in Selma, Alabama. This march, later known as Bloody Sunday, was a turning point in the battle to insure the right to vote for African American citizens.

Tillman and her husband Jimmy moved to San Francisco soon after they were married, where she successfully mobilized residents in her public housing community in a battle for local public transportation. After the family moved back to Chicago, Tillman organized a group of concerned parents and fought for quality education in their community. She founded the Parent Equalizers of Chicago, with over 300 schools participating. This set the groundwork for school reform in Chicago.

In 1985, Tillman became the first woman to serve as alderman of Chicago's Third Ward. As a major political figure in Chicago, she has been highly involved in numerous community-building activities, including projects related to issues of inner-city education, housing and homelessness. Tillman has also been an influential player in the movement for slave reparations. She has received numerous awards and recognition for her local, national and global activism and has been featured in various books and television features.

Dorothy Tillman was interviewed by The HistoryMakers on September 5, 2002.

Sponsored by Miles and Stockbridge LLP

See how The Honorable Dorothy Tillman is related to other HistoryMakers
Donate Now
Click Here To Explore The Archive Today!