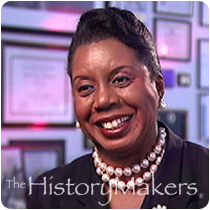 "I am the epitome of Dr. Martin Luther King's dream"

Attorney and certified public accountant Dorothy Brown grew up in a family of eight children and helped her family make ends meet as a young girl by picking cotton on the family farm. During high school, she continued to work, first as a housekeeper and later in a nutrition center for mothers on welfare. After high school, Brown attended Southern University in Baton Rouge, Louisiana, where she earned her B.A. in 1975, and became a CPA two years later. In 1981, she earned an M.B.A. from DePaul University in Chicago, Illinois, and returned to school in the 1990s to earn a law degree from Chicago-Kent College of Law in 1996.

Beginning her career as a CPA, Brown worked for Commonwealth Edison and Arthur Anderson & Company. From there, she was hired by the First National Bank of Chicago and later left to join the firm of Odell Hicks and Company. One of her clients at Odell Hicks was the Chicago Transit Authority, and within a few years, she was the general auditor there. While working with the CTA, Brown ran for treasurer of the city of Chicago and narrowly lost the election. Trying again in 2000, Brown ran for the clerk of the Circuit Court of Cook County and won. Brown still serves as clerk today for the largest circuit court in the world.

Brown has been active in a number of other areas throughout her professional career, having served as president of the National Women's Political Caucus of Greater Chicago and Lutheran Social Services of Illinois. She is also the founder and executive director of the Star Scholarship Fund. Her work, both civic and professional, has garnered her many awards, including the Women in History Excellence Award and the 1999 Women of the Year Award. Brown lives in Chicago, and has one daughter, Detris.