Information about The Honorable Doris Ward 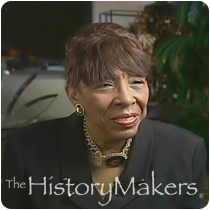 Doris Margaret Ward was born on January 27, 1932, in Chicago, Illinois, to Robbie Floyd and Jesse Keys. Ward’s grandparents, Joseph and Julia Floyd, migrated from the South and settled in Gary, Indiana. Ward grew up in Gary and lived with her grandparents after her parents divorced. Ward’s family also owned a grocery store in the community. Ward attended integrated Frable School from kindergarten through twelfth grade. While there, Ward was a member of the debate team and was queen of the Bud Billiken Parade in Chicago. She also became interested and active in the burgeoning Civil Rights Movement. Ward attended Indiana University and earned her bachelor’s and master’s degrees in education. During and after college, she participated in sit-ins at bars and other public areas in Indiana.

Ward started her career as a teacher, taught in Indiana for ten years and then moved to California. In 1968, Ward decided to continue her education and attended San Francisco State University. After that, Ward began her political career in 1972 when she became a trustee for the San Francisco Community College District. In 1979, Ward became a county supervisor, and in 1990, she became president of the Board of Supervisors. In 1996, Ward was elected San Francisco County Assessor-Recorder. In 2000, Ward served as a delegate to the Democratic National Convention, representing California. In 2006, Ward retired.

See how The Honorable Doris Ward is related to other HistoryMakers
Donate Now
Click Here To Explore The Archive Today!