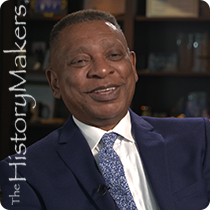 See how The Honorable Donald L. Graham is related to other HistoryMakers

Graham was admitted to the Ohio State Bar and joined the Judge Advocate General’s Corps. He was sent to West Germany, where he remained for forty-two months until his transfer to Homestead Air Force Base in Florida. While serving in the Judge Advocate General’s Corps, Graham taught at the University of Maryland in the business law department. He was honorably discharged from active duty in 1979 and was appointed as Assistant U.S. Attorney in the Southern District of Florida. Graham remained in that position until 1983, when he began working at the law firm of Raskin and Graham, P.A. In 1991, he was appointed by President George H.W. Bush as a Federal District Court Judge for the Southern District Court of Florida. Graham retired from the military in 1999, having reached the rank of lieutenant colonel in the Army Reserves in Florida. In 2013, he began senior status at the United States District Court, Southern District of Florida.

Graham served as a member of numerous organizations. In 1985, he served as president of the South Florida Chapter of the Federal Bar Association. Graham was also a mentor for the 5,000 Role Models for Excellence, a board member for the Performing Arts Center for Greater Miami, and a member of the Just the Beginning Foundation.

Graham received awards for both his military service and judicial career, including the U.S. Army Achievement Award and the William H. Hoeveler Award for Ethics and Public Service, the William H. Hastie Award, the Juris Award for Judicial Efficiency, and Miami’s “50 Most Influential Professionals” in 2004.

Donald L. Graham was interviewed by The HistoryMakers on March 6, 2017.

See how The Honorable Donald L. Graham is related to other HistoryMakers