Information about The Honorable Dianne Wilkerson 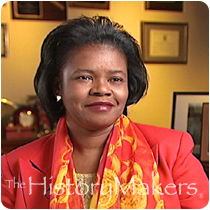 Dianne Wilkerson, the first African American woman elected to the Massachusetts State Senate, was born on May 2, 1955, in Pine Bluff, Arkansas. She was born in her maternal grandmother’s shotgun shack on a farm, because the local hospital did not allow black women entry to deliver children. Wilkerson and her family later followed an uncle who fled Arkansas to Springfield, Massachusetts, to escape harassment from the Ku Klux Klan. After graduating from Springfield’s High School of Commerce in 1973, Wilkerson attended the American International College, earning her B.S. degree in public administration in 1978. After completing her B.S., Wilkerson attended Boston College Law School, earning her J.D. in 1981.

Beginning her legal practice that same year, Wilkerson clerked in the Massachusetts Appeals Court until 1982, when she left to become deputy counsel to the Massachusetts Supreme Judicial Court. In 1983, she joined the law firm of LeBoeuf, Lamb, Lerby and McRae, where she remained until 1985. That year, Wilkerson became the assistant legal counsel to Governor Michael Dukakis. In 1987, Wilkerson became the first African American woman in Boston to become a partner in a major law firm, Roche, Carnes and DeGiacomo, where she practiced until being elected to the Massachusetts State Senate in 1992. In 2005, she was the highest-ranking black official in the State of Massachusetts, serving her sixth term representing the Second Suffolk District.

As a state senator, Wilkerson has sponsored a number of bills to protect low-income, black and other minority residents of Massachusetts, including a bill authorizing the collection of data relative to racial profiling in traffic stops and a bill to curb high interest rates on bank loans. As the lone African American in the Massachusetts State Senate at the time of her interview, Wilkerson has described herself as a “professional agitator,” and has championed policies to improve the lives of people underserved by the government.

See how The Honorable Dianne Wilkerson is related to other HistoryMakers
Donate Now
Click Here To Explore The Archive Today! 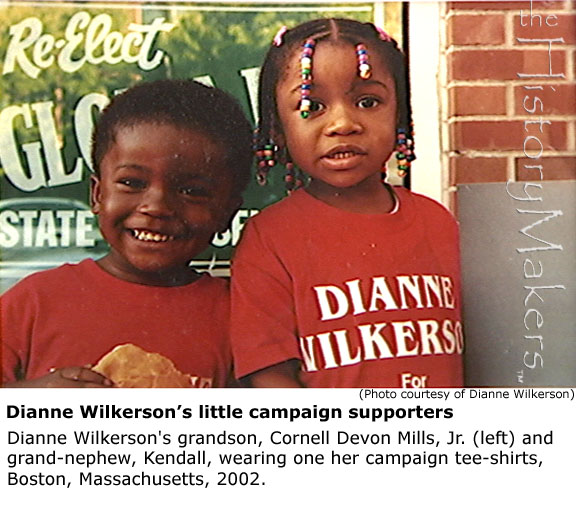 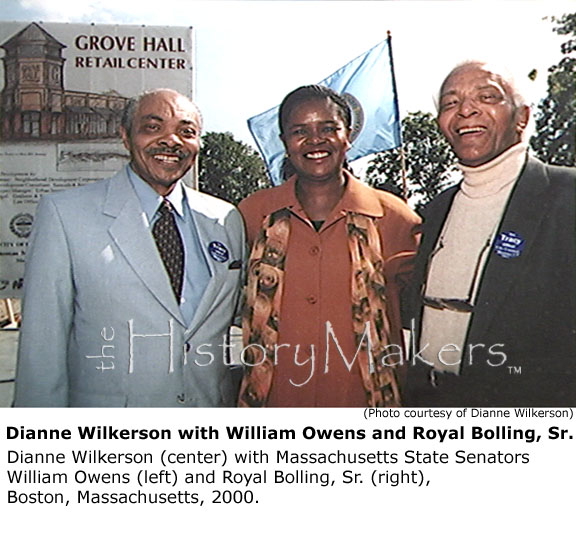