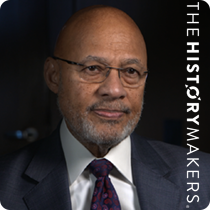 Political leader and lawyer Dennis Archer was born on January 1, 1942 in Detroit, Michigan to Ernest Archer and Frances Carroll. He graduated from Ross Beatty High School in 1959, and enrolled at Wayne State University before transferring to Western Michigan University in 1963, where he received his B.S. degree in education in 1965. In 1966, he enrolled at the University of Michigan but transferred to the Detroit College of Law, where he received his J.D. degree in 1970.

Following his graduation from Western Michigan University, Archer taught special education in Detroit Public Schools from 1965 to 1970. In 1970, Archer began working for the law office of Gragg & Gardener, P.C. He left the firm in 1971 to help found Hall, Stone, Archer & Glenn. In 1983, Archer was named president of the National Bar Association. The following year, he was elected president of the State Bar of Michigan. In 1985, Archer was appointed by Governor James Blanchard to serve as an associate justice on the Michigan Supreme Court. He was elected to an eight-year term but resigned in 1990. In 1994, Archer was elected as Mayor of Detroit. He would go on to win reelection in 1998. During Archer’s tenure as mayor, Detroit experienced a decrease in crime and an increase in economic growth. Following his second term as mayor, Archer became chairman of Dickinson Wright PLLC in 2002. In 2003, he became the first African American president of the American Bar Association. Archer later resumed his private law practice, Dennis W. Archer PLLC, after serving in that capacity.

Archer has won numerous awards and distinctions during his career. In 1998, Engineering News-Record magazine named him Newsmaker of the Year, and honored him with an Award of Excellence. Ebony magazine also named Archer one of its Most Influential Black Americans. Governing Magazine named Archer Public Official of the Year in 2000, and he was also featured on Newsweek Magazine’s list of Twenty-Five Most Dynamic Mayors in America. Archer served as a trustee for Western Michigan University, on the Board of Directors of Compuware Corporation. He founded the Dennis W. Archer Scholarship Fund in 2001.

Dennis Archer was interviewed by The HistoryMakers on October 16, 2017.