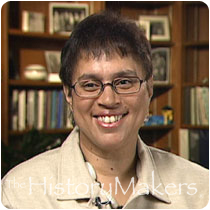 Favorite Color:
Green
Favorite Food:
Hot Dog
Favorite Time of Year:
Summer
Favorite Vacation Spot:
Beaches
Favorite Quote:
Unto Whom Much Is Given, Much Is Required.

Favorite Color:
Green
Favorite Food:
Hot Dog
Favorite Time of Year:
Summer
Favorite Vacation Spot:
Beaches
Favorite Quote:
Unto Whom Much Is Given, Much Is Required.

United States District Court Judge Denise Page Hood was born in Columbus, Ohio on February 21, 1952. After attending high school at the Columbus School for Girls, Hood earned her bachelor's degree from Yale College in 1974. She went on to graduate from the Columbia University School of Law in 1977.

Over the course of her career, Hood has participated in numerous professional organizations. She has served as chair of the Michigan State Planning Body for legal services, the State Bar Pro Bono Initiatives Committee, and the Detroit Metropolitan Bar Association Foundation Board. She became the first African American female president of the Detroit Bar Association in 1993 and has also acted as the president of the Association of Black Judges of Michigan. In addition, she has contributed to numerous community organizations, and has served as a board member for the Lula Belle Stewart Center, the Cyprian Center and the Interim House; as vice chair of the Olivet College Board of Trustees and the Harper-Hutzel Hospital Board of Trustees; and chair of the InsideOut Literary Arts Project Board.

Denise Page Hood was interviewed by The HistoryMakers on August 22, 2002.

See how The Honorable Denise Page Hood is related to other HistoryMakers
Donate Now
Click Here To Explore The Archive Today!