Information about The Honorable Debra James 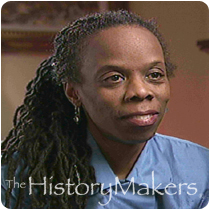 Judge Debra Ann James was born on February 16, 1953 in Knoxville, Tennessee. During her early childhood, the family relocated to St. Albans, Queens, New York. James attended Monmouth Regional High School in New Jersey where she was a member of the student council and the honor society. She earned her high school diploma in 1971.

James received her B.A. degree in American government and political science in 1975 and her J.D. degree in 1978 from Cornell University. After graduating, James worked as the assistant corporation counsel for New York City. She represented municipal corporations in trial and appellate courts. In 1983, she served as associate counsel for New York State Mortgage Loan Enforcement and Administration Corporation. James then went on to work for the New York Mortgage Agency. Prior to running for judgeship on the New York civil court, she served as general counsel for the Roosevelt Island Operating Corporation.

In 1994, James was elected to the New York City Civil Court. During her tenure on the bench, James has managed thousands of lawsuits across a variety of areas. In 2002, James was appointed acting state supreme court justice.

A resident of Harlem for more than twenty years, James is a member of a number of professional and civic organizations. She is an avid reader, jazz music enthusiast, and art collector.

James was interviewed by The HistoryMakers on January 31, 2005.

See how The Honorable Debra James is related to other HistoryMakers
Donate Now
Click Here To Explore The Archive Today!