The Honorable Deborah A. Batts

Information about The Honorable Deborah A. Batts 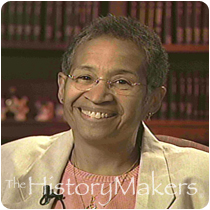 See how The Honorable Deborah A. Batts is related to other HistoryMakers

U.S. District Court Judge Deborah A. Batts was born on April 13, 1947 in Philadelphia, Pennsylvania. She earned her B.A. degree in government from Radcliffe College in 1969 and attended Harvard Law School, where she earned her J.D. degree in 1972. Batts began her legal career clerking for Judge Lawrence W. Pierce, a U.S. District Court Judge for the Southern District of New York. The next year, Batts became an associate in New York City at the corporate law firm Cravath, Swaine & Moore.

In 1979, Batts became the Assistant U.S. Attorney for the Southern District of New York in the Criminal Division. She worked for the district until 1984 when she joined the faculty at the Fordham University School of Law. Batts was the first African American member of the faculty and later became a tenured Associate Professor of Law.

In 1990, Batts became a commissioner on the New York Law Review Commission. That same year, she served as Special Associate Counsel to the Department of Investigation of the City of New York. In 1994, Batts was nominated by President Clinton as a U.S. District Judge for the Southern District of New York. After her confirmation by the United States Senate, she was sworn into the office.

As a federal judge, Batts has overseen a variety of high-profile cases and hearings. In 1999, she oversaw the indictment of Cheng Yong Wang and Xingqi Fu, charged with attempting to sell the organs of executed Chinese prisoners. Batts granted the defendants’ motion to dismiss the indictment. In 2001, Batts wrote an Opinion resolving the issues of the sentencing hearing of al-Qaeda co-founder Mamdouh Mahmud Salim for the stabbing of a prison guard while Salim awaited trial in the case of the 1998 U.S. embassy bombings. Batts was also the judge in a widely publicized 2006 case against EPA Chief Christine Todd Whitman. Whitman was charged for her failure to adequately warn New Yorkers of the health risks involved in returning to their homes after the September 11th terrorist attacks.

Batts was interviewed by The HistoryMakers on August 15, 2007.

See how The Honorable Deborah A. Batts is related to other HistoryMakers
Click Here To Explore The Archive Today!