Information about The Honorable David Coar 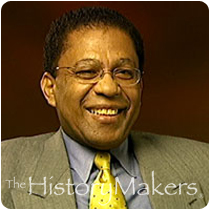 Judge David H. Coar was born in Birmingham, Alabama, on August 11, 1943. Coar was the oldest of three children and attended a religious school at the elementary level before graduating from a public high school in 1960. After commencement, Coar went to Syracuse University, earning his B.A. in 1964. In 1969, he earned his J.D. from Loyola University in Chicago, and a year later he received his LL.M. from Harvard Law School.

Coar began teaching at DePaul University in 1974, and remained there for five years. He left DePaul to take a position with the United States Justice Department as a U.S. trustee. Coar returned to DePaul in 1982, where he remained for another four years. In 1986, Coar was named a judge of the U.S. Bankruptcy Court, and in 1994 he became a judge of the U.S. District Court of Illinois. Within this role, Coar has ruled on a number of landmark decisions, including his 1999 fining of anti-abortion leaders under RICO statutes, which had been used to prosecute members of the mafia.

Away from his bench, Coar is active in a number of civic and community organizations. He has been active with the Boys & Girls Clubs and serves on its board of directors. Coar also belongs to the American Bankruptcy Institute and is an active member in the National Bankruptcy Conference.

See how The Honorable David Coar is related to other HistoryMakers
Donate Now
Click Here To Explore The Archive Today!