Information about The Honorable D'Army Bailey 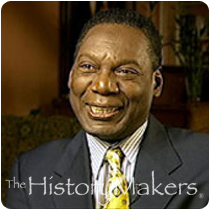 See how The Honorable D'Army Bailey is related to other HistoryMakers

Activist, politician, attorney, writer, columnist, public servant and jurist D'Army Bailey was born on November 11, 1941 in Memphis, Tennessee. He attended Booker T. Washington High School in Memphis, but was expelled from Southern University in Baton Rouge in the early 1960s for participating in anti-segregation demonstrations. He went on to receive his B.A. from Clark University in Worcester, Massachusetts, and graduated from Yale Law School in 1967.

After graduation, Bailey served as national director of the Law Students Civil Rights Research Council in New York from 1967 to 1968 and then as staff attorney to the San Francisco Neighborhood Legal Assistance Foundation from 1968 to 1970. From 1970 to 1971, he was program adviser to the Field Foundation in New York. Elected to the City Council in Berkeley, California, in 1971, he was ousted in a recall election after two years because of his controversial black nationalist politics. Bailey returned to his hometown of Memphis and practiced law from 1974 to 1990. In 1983, he began his fight to preserve the Lorraine Motel, the site of Dr. Martin Luther King's assassination. Finally, after years of fundraising, Bailey's vision was realized in 1991 when the Lorraine Motel building was restored and transformed into the National Civil Rights Museum.

Bailey became a jurist in 1990, when he was elected Circuit Court Judge in Tennessee's 30th Judicial District. Reelected in 1998, Judge Bailey continued to devote himself to fight for civil rights. Bailey was an author, guest speaker for universities and civic organizations, and had been seen in the films “The People vs. Larry Flynt,” “How Stella Got Her Groove Back” and “Mystery Train.”

See how The Honorable D'Army Bailey is related to other HistoryMakers
Click Here To Explore The Archive Today!