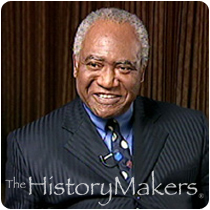 See how The Honorable Danny K. Davis is related to other HistoryMakers
Donate Now

United States Congressman from the 7th District of Illinois, Danny K. Davis was born a sharecropper’s son on September 6, 1941, in Parkdale, Arkansas. He attended Savage High School in Parkdale, where he graduated in 1957. A history major with an education minor, Davis earned a B.A. from Arkansas A. M. & N. College at Pine Bluff, Arkansas in 1961. Moving to Chicago, he clerked for the United States Post Office before going to work as a teacher at Ferdinand Magellan School in 1962. Davis received an M.S. in school guidance from Chicago State University in 1968 while continuing his education in 1969 and 1970 with courses in administration, supervision, psychology, and political science. In 1977, he was awarded the Ph.D. in public administration by Union Institute.

During the 1960s, Davis, like many others, became involved in the modern day Civil Rights Movement. He also became active in politics on Chicago’s West Side. In 1969, he became executive director of the Greater Lawndale Conservation Commission, and then left to become director of training for the Martin Luther King, Jr. Health Center. By 1971, Davis was a manpower consultant for the Westside Health Planning Organization (WHPO), and in 1972, became executive director of WHPO. From 1976 through 1981, he served as special assistant to the president of Mile Square Community Health Center. Davis also taught college courses at Malcolm X College, National College of Education, Illinois Benedictine College, Roosevelt University and the University of Illinois School of Public Health.

In 1979, Davis won the aldermanic seat for Chicago’s 29th Ward as an independent. He then became 29th Ward Committeeman in 1984. Active during Chicago’s Harold Washington years, Davis served until 1990 when he resigned from the Chicago City Council to take a seat on the Cook County Board of Commissioners. After an unsuccessful bid for mayor in 1991, he ran for and won the U.S. 7th Congressional District seat in 1996. Davis is now one of three African Americans representing Chicago in the United States Congress. Considered a grassroots progressive like former mayor Harold Washington, Davis is fond of quoting nineteenth century abolitionist Frederick Douglass on the nature of struggle. Davis, a popular public speaker as well as an effective legislator, connects with constituents on education, criminal justice and housing issues.

Davis has two children and lives with his wife, Vera, on Chicago’s West Side.

See how The Honorable Danny K. Davis is related to other HistoryMakers
Donate Now
Click Here To Explore The Archive Today!