Information about The Honorable Cynthia Baldwin 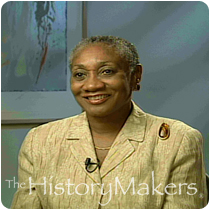 Justice Cynthia Anita Ackron Baldwin was born on February 8, 1945, in McKeesport, Pennsylvania. She attended Penn State University, where she received her B.A. degree in English and her M.A. degree in American Literature. After starting her career as an English teacher and assistant dean of student affairs at Penn State’s Greater Allegheny Campus, she pursued her J.D. degree at Duquesne University. She then worked in 1983 as the attorney-in-charge in the Office of the Attorney General at the Bureau of Consumer Protection under LeRoy S. Zimmerman.

In 1989, Baldwin was elected to the Allegheny County Court of Common Pleas, where she served for sixteen years. Baldwin was a gubernatorial employee to the Pennsylvania Commission on Crime and Delinquency in 1990 and traveled to Zimbabwe on a Fulbright Scholarship in 1994. She lectured at the University of Zimbabwe in Constitutional Law and Jurisprudence and helped research the constitutional issues that came before the Zimbabwe Supreme Court. In 1995, Baldwin was part of a team sponsored by the American Bar Association, the National Judicial Conference, and the D.C. Superior Court which conducted judicial education programs in Malawi, Tanzania and Uganda. She also traveled to mainland China to do judicial seminars with law professors, students and judges.

Baldwin became the first African American woman to sit on the State of Pennsylvania’s Supreme Court when she was nominated by Governor Edward Rendell in 2005. Her term began in January, 2006, and she served on the high court for her two-year term, after which she transitioned to the law firm of Duane Morris, LLP. There, her focus is on appellate litigation and education issues. She is an active member of the Penn State Board of Trustees and is a member of many professional organizations including the Pennsylvania Bar Association and the Women’s Bar Association. She is also the recipient of several awards, including the 2003 Espirit Children’s Service Award from the Mental Health Association of Allegheny County and the 2008 Greater Pittsburgh Area Athena Award for her success in the judiciary profession and international work.

See how The Honorable Cynthia Baldwin is related to other HistoryMakers
Donate Now
Click Here To Explore The Archive Today!