Information about The Honorable Charles Yancey 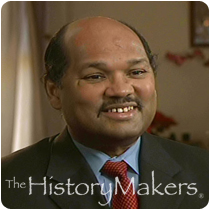 See how The Honorable Charles Yancey is related to other HistoryMakers

Boston city councilman Charles Calvin Yancey was born on December 28, 1948, the sixth of nine children of Howell Yancey, Sr. and Alice W. Yancey. He grew up in Boston’s Roxbury neighborhood where, at the age of twelve, he wrote a letter to the Mayor of Boston requesting that a vacant lot across the street from his home be turned into a playground. The playground became Yancey’s first political success. Yancey graduated from Boston Technical High School in 1965. Yancey received his B.S. degree in economics from Tufts University in 1970 and his M.A. degree in public administration from Harvard University in 1991. Attending Tufts during the height of the Civil Rights Movement, Yancey founded the Afro-American Society and the African American Cultural Center at Tufts.

In the 1970s, Yancey co-founded the Community for Human Rights. Before his election to the Boston City Council, Yancey worked with the Urban Finance Division of the Federal Reserve Bank of Boston and the UDI Community Development Corporation in Durham, North Carolina.

Yancey also served as Chair of the Council’s Committee of Employment and Workforce Development and Finance Services and Community Investment.

Yancey championed equal employment opportunity for “people of color” in the city government. The annual Charles C. Yancey Book Fair has provided over 100,000 free books for Boston children since its beginning in February 1987. Yancey gained national and international attention in 1984 for his involvement in the Free South Africa Movement. He also established a Sister City relationship between Boston and Sekondi-Takoradi in Ghana, West Africa.

See how The Honorable Charles Yancey is related to other HistoryMakers
Click Here To Explore The Archive Today!