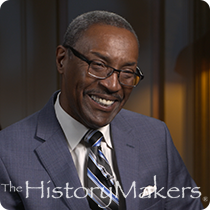 Federal judge Charles N. Clevert, Jr. was born on October 11, 1947 in Richmond, Virginia to Charles Nelson, Sr. and Ruby Clevert. He attended Armstrong High School in Richmond and graduated in 1965. He earned his B.A. degree from Davis and Elkins College in Elkins, West Virginia in 1969, and his J.D. degree from Georgetown University Law Center in Washington, D.C. in 1972.

In 1993, Clevert was awarded the Black Excellence Award by the Milwaukee Times. He was also the recipient of the Distinguished Alumni Award from David and Elkins College in 1998.

Clevert and his wife, Leslie Clevert, have two children, Charles, III and Melanie.

Charles N, Clevert, Jr. was interviewed by The HistoryMakers on February 22, 2017.