Information about The Honorable Chaka Fattah 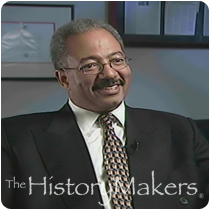 U.S. Congressman Chaka Fattah, United States Representative of Pennsylvania’s second District, was born November 21, 1956 in Philadelphia, Pennsylvania. Fattah’s mother, Falaka Brown Fattah, and stepfather, David Fattah, raised him in the commitment-driven environment of The House of Umoja (Unity), one of the only urban boys homes in the country. David Fattah was a leader in The House of Umoja’s “No Gang War Campaign” and “The Youth Movement to Clean Up Politics.” Fattah attended city public schools, the Community College of Philadelphia, the University of Pennsylvania’s Wharton School of Business and the University of Pennsylvania’s Fels Institute of Government where he earned a Master’s Degree in Government Administration. He also completed the Senior Executive Program for State Officials at Harvard University’s John F. Kennedy School of Government.

In 1977, at age 21, Fattah ran unsuccessfully for the Office of City Commissioner of Philadelphia. He was elected to the Pennsylvania House of Representatives in 1982 and to the Pennsylvania Senate in 1988. In 1995, Fattah defeated an incumbent to win his United States congressional seat. Fattah, in 1998, spearheaded educational initiatives such as GEAR UP, which partners low income high school students with colleges and universities and The William H. Gray College Completion Grant. His top legislative priority is the Student Bill of Rights, which identifies seven fundamentals for learning. Fattah supported the Reauthorization to Higher Education Act and the Workforce Investment Partnership Act. Fattah co-sponsored the African Growth and Opportunities Act, the Drug Free Communities Act of 1997, and the District of Columbia Financial and Management Assistance Act, which became law in 1995. Fattah designed “Read to Lead,” a free summer reading program, and since 1986, convened the annual Fattah Conference on Higher Education. He has also played a key role in both the Pennsylvania Higher Education Facilities Committee and the Pennsylvania Higher Education Authority.

Fattah is co-chair of the Friends of the Caribbean Caucus and serves on the House Appropriations Committee, the Subcommittee on Virginia/U.S. Department of Housing and Urban Development and Independent Agencies and is the ranking member of the Subcommittee on the District of Columbia. He also co-chaired The Web-based Education Commission. Identified by Ebony magazine as one of the 100 most important African Americans and by Time magazine as one of the 50 most promising leaders in the country, Fattah is married to Renee Chenault Fattah and has four children.

U.S. Congressman Chaka Fattah was interviewed by The HistoryMakers on May 5, 2005.

See how The Honorable Chaka Fattah is related to other HistoryMakers
Donate Now
Click Here To Explore The Archive Today!