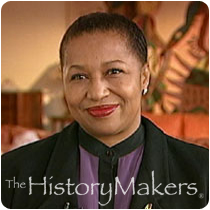 Favorite Color:
Blue
Favorite Food:
Greens (Collard)
Favorite Time of Year:
Spring
Favorite Vacation Spot:
Mountains
Favorite Quote:
Do the best you can with what you have.

Favorite Color:
Blue
Favorite Food:
Greens (Collard)
Favorite Time of Year:
Spring
Favorite Vacation Spot:
Mountains
Favorite Quote:
Do the best you can with what you have.

Carol Moseley-Braun was born in Chicago to Edna, a medical technician, and Joseph Moseley, a Chicago police officer, in 1947. Her parents emphasized the importance of education and the necessity of hard work throughout Carol's childhood and she learned these lessons well. A self-motivated individual even as a youth, Carol Moseley-Braun worked in the post office and in grocery stores in order to finance her own education after high school. Her diligence earned her a law degree from the University of Chicago, which the ambitious young woman received with honors.

Carol Moseley-Braun worked for three years as a prosecutor in the U.S. Attorney's Office. Her success as a prosecutor earned her the United States Attorney General's Special Achievement Award. Then, in 1978, Moseley-Braun was elected to the Illinois House of Representatives, where she immediately earned a reputation as an uncompromising stateswoman. Her legislative legacy has been her ability to build coalitions comprised of people of all races who are committed to the same principles of efficient government. During her first election for State Representative, Carol Moseley-Braun pledged to make education her top priority. She was the chief sponsor of the 1985 Urban School Improvement Act, which created parents' councils at every school in Chicago. Other education legislation sponsored by Moseley-Braun included a 1980 bill that provided higher salaries for teachers and professors. After only two terms in the House, Carol Moseley-Braun was selected to become the first woman and the first African American in Illinois history to serve as Assistant Majority Leader.

As the late Mayor Harold Washington's legislative floor leader, Carol Moseley-Braun was the chief sponsor of bills to reform education and to ban discrimination in housing and private clubs. For each of her ten years in the legislature, Carol Moseley-Braun received the "Best Legislator" award given by the Independent Voters of Illinois - Independent Precinct Organization.

On November 3, 1993, Carol Moseley-Braun was elected to the United States Senate. Her victory represented the opening of a new world of opportunity to African Americans, as she was only the second African American elected to the U.S. Senate. Upon taking office, she was named to the Judiciary Committee; the Banking, Housing and Urban Affairs Committee; and the Small Business Committee. During her term, Carol Moseley-Braun was a strong champion of health care and education reform. In 1994, she authored the Educational Infrastructure Act, which was designed to channel education funds into the areas most needed by low-income communities.

Such measures emphasize Carol Moseley-Braun's tireless fight for the creation of social programs that directly address the needs of a district rather than those that merely promote a political agenda. In 1999, President Clinton appointed Carol Moseley-Braun United States Ambassador to New Zealand. Currently, Moseley-Braun teaches at DePaul University in Chicago and Morris Brown College in Atlanta, where she also serves as vice president of the consulting firm GoodWorks International.

See how The Honorable Carol Moseley Braun is related to other HistoryMakers
Donate Now
Click Here To Explore The Archive Today! 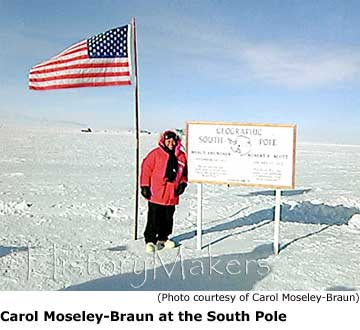 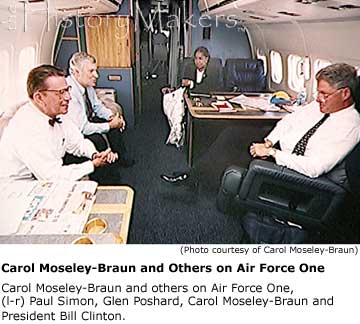