The Honorable A C Wharton, Jr.

Information about The Honorable A C Wharton, Jr. 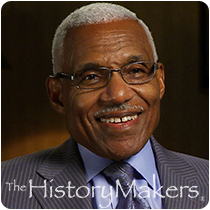 See how The Honorable A C Wharton, Jr. is related to other HistoryMakers

Mayor A C Wharton, Jr. was born on August 17, 1944 in Lebanon, Tennessee. In 1966, he graduated from Tennessee State University with his B.A. degree in political science. Wharton then received his J.D. degree in 1971 from the University of Mississippi School of Law, where he graduated with honors and was one of the first African American students to serve on the Moot Court Board and the first to serve on the Judicial Council.

Wharton first worked in Washington, D.C., at the Office of General Council of the Equal Employment Opportunity Commission for two years, and then for a year at the Lawyers’ Committee for Civil Rights Under Law, where he headed the Public Employment Project. In 1973, Wharton moved to Memphis, Tennessee and was hired as executive director of Memphis Area Legal Services, a nonprofit organization providing civil legal assistance to low-income citizens. Then, in 1974, he became the University of Mississippi’s first African American professor of law, a position that he would hold for twenty-five years.

In 1980, then-Shelby County, Tennessee mayor, Bill Morris, appointed Wharton as Shelby County’s Chief Public Defender. Wharton chaired the county’s Jail Overcrowding Committee; and, in 1982, wrote and saw passed one of the first state laws in the United States to combat domestic violence. In addition to his role as a public defender, Wharton and his wife established the law firm of Wharton and Wharton in 1980.

In 2002, Wharton was elected as the first African American Mayor of Shelby County, and was re-elected in 2006. As Shelby County Mayor, he established Operation Safe Community, the area's first comprehensive crime-fighting plan, developed the community’s first smart growth and sustainability plan, and tackled education and early childhood development issues with programs like “Books from Birth” and “Ready, Set, Grow.” Wharton also improved the management and accountability of the County's Head Start program. His reforms attracted the attention of the United States Congress, where he was called to testify before the House Committee on Education.

In October of 2009, Wharton was elected as the Mayor of the City of Memphis, and was re-elected in 2011. He is a member of the Mayors Against Illegal Guns Coalition, and has addressed major policy institutions and conferences of the Brookings Institute, CEOs for Cities, and the National Association for Counties.

Wharton lives in Memphis with his wife, Ruby. They have raised six sons.

A C Wharton was interviewed by The HistoryMakers on April 26, 2014.

See how The Honorable A C Wharton, Jr. is related to other HistoryMakers
Click Here To Explore The Archive Today!