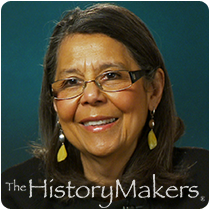 See how The Honorable C. Ellen Connally is related to other HistoryMakers
Donate Now

Judge C. Ellen Connally was born on January 26, 1945 in Cleveland, Ohio to George and Gwendolyn Johnson Connally. She attended St. Thomas Aquinas Elementary School and graduated from the Notre Dame Academy in Cleveland, Ohio in 1963. Connally received her B.S. degree in social studies from Bowling Green State University in 1967, and her J.D. degree from Cleveland State University in 1970.

In 1971, Connally was hired as a law clerk for Ohio’s 8th District Court of Appeals. From 1972 to 1979, she worked as a trial referee in the Probate Division of the Cuyahoga County Court of Common Pleas. In 1980, Connally was elected a judge of the Cleveland Municipal Court and became the first African American female elected judge in Ohio without being first appointed. She was re-elected in 1985, 1991 and 1997.

In 2004, Connally retired from the Cleveland Municipal Court and ran for chief justice of the Ohio Supreme Court. She then worked as an adjunct professor of history at Ursuline College from 2005 to 2006, and as a visiting and adjunct professor of law at the University of Akron College of Law from 2006 to 2008. In 2009, she was appointed special prosecutor for the City of Cleveland. In 2010, Connally was elected to the Cuyahoga City Council, the legislative branch of the county government, and was elected president of the council in 2010 and re-elected in 2012.

Connally lives in the Shaker Square area of Cleveland with her two rescue dogs. She is the mother of one son, Seth, an Iraq War Veteran.

C. Ellen Connally was interviewed by The HistoryMakers on February 14, 2014.

See how The Honorable C. Ellen Connally is related to other HistoryMakers
Donate Now
Click Here To Explore The Archive Today!