Information about The Honorable Bobby Rush 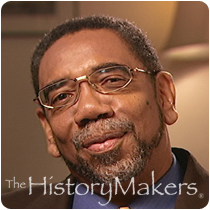 See how The Honorable Bobby Rush is related to other HistoryMakers

In 1963, at the age of seventeen, Rush enlisted in the U. S. Army and served honorably until 1968. Later, Rush made history when he formed the Illinois chapter of the Black Panther Party after having been inspired by the activism of Stokely Carmichael and others. During this time, Rush formed the Free Medical Clinic in Chicago. It was later that Rush would confront the political establishment with a more traditional approach.

Rush ran for alderman of Chicago's Second Ward in 1975, but lost the election. Rush later won that same seat in 1983; and he continued to serve as an alderman until 1992, when he was elected to the U.S. House of Representatives. Rush participated on the subcommittees on Telecommunications, Trade and Consumer Protections, and Energy and Power, as well as on the House Committee on Commerce. These three entities accounted for three-quarters of all national legislation. During his term, Rush served as member of the U.S. delegation of the North Atlantic Assembly, and sponsored many community-based initiatives.

See how The Honorable Bobby Rush is related to other HistoryMakers
Click Here To Explore The Archive Today!