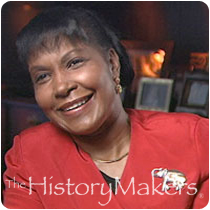 Favorite Color:
Purple
Favorite Food:
Salmon
Favorite Time of Year:
Fall
Favorite Vacation Spot:
Beaches
Favorite Quote:
For Work: Shoot For The Moon And If By Chance You Trip And Fall You'll Catch A Star. For Family: You Reap What You Sow.

Favorite Color:
Purple
Favorite Food:
Salmon
Favorite Time of Year:
Fall
Favorite Vacation Spot:
Beaches
Favorite Quote:
For Work: Shoot For The Moon And If By Chance You Trip And Fall You'll Catch A Star. For Family: You Reap What You Sow.

Philadelphia City Councilwoman Blondell Reynolds Brown was the oldest of seven children. She was born on the 10th of October 1952 in Sumter, South Carolina. Her mother, Sadie, taught school and her father, Whittimore Reynolds, worked in construction. Blondell Reynolds Brown is not only a political leader, she is also an educator and community activist.

Four years after graduating from the Philadelphia High School for Girls in 1970, Brown (then Reynolds) obtained a bachelor's degree in elementary education from Penn State University. In 1975, she earned a master's degree in education, having focused on counseling and guidance. That year, Brown began teaching at the elementary level in Philadelphia's public schools. Brown has served children, adolescents and young adults throughout her career. This work has included counseling juvenile delinquents in Pennsylvania's family court unit; supervising summer youth programs in the Philadelphia Opportunities Industrialization Center; and recruiting students for Pennsylvania State University. At the same time, Brown became politically active. She served as a committee person for the 24th Ward, Third Division from 1982 to 1986 and attended the Democratic National Convention as a delegate in 1984, 1988, 1996 and 2000. In 1991, Brown achieved her first full-time job in politics when Senator Chaka Fattah hired her as his legislative director. Brown served as community affairs director for State Senator Vincent Hughes before campaigning in 1999 and winning a seat on the Philadelphia City Council.

Brown has participated in such programs as the Robert Wood Johnson Foundation's Urban Health Initiative, which aims to institute systemic policy changes for children and youth nationally. Her signature program, held annually in March, is called "Women Making a Difference Celebration." Brown advocates for arts education and has taught weekly dance classes to children for over twenty years and previously served as a board member of Phildanco, a professional dance company. The boards of the Philadelphia Cultural Fund, the National Abortion Rights Action League, the Wellness Center and Presbyterian Hospital have also benefited from her leadership. Blondell Reynolds Brown married Howard Brown in 1994.

See how The Honorable Blondell Reynolds Brown is related to other HistoryMakers
Donate Now
Click Here To Explore The Archive Today!