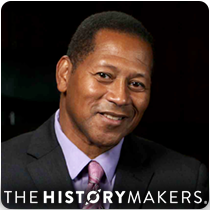 "Friendship Is Essential To The Soul."

Holbert began his professional career in broadcast journalism and served as a reporter and anchor at several media outlets in the Cleveland television market, including WJKW-TV, WKYC TV-NBC, WVIZ-PBS, WUAB-TV-43/WOIO-CBS, and WJMO-1490-AM, from 1985 to 2005. He also worked as vice president and general manager of the Cleveland Television Network from 2001 to 2002, and served as general assignment reporter at WKYC-TV, NBC from 2002 to 2005. He was director of communications at Omega Psi Phi Fraternity, in Decatur, Georgia from 2006 to 2007, and served as interim chief communications officer at the Cleveland Metropolitan School District from 2007 to 2008. He was also a senior partnership specialist at the U.S. Census Bureau from 2009 to 2010. Holbert was an aide and executive assistant to the commission president of Cuyahoga County from 2010 to 2011. He established and served as president at Holbert Enterprises in 2010; and, in 2011, was elected city councilman, later becoming city council president for the Village of Woodmere, Ohio, remaining until 2017. Holbert subsequently worked as the Cleveland chapter parliamentarian for National Association of Black Journalists (NABJ) in 2014, and was a business specialist at the Northeast Ohio Regional Sewer District from 2014 to 2016. He also served as adjunct professor at Cleveland State University in 2016. The following year, he launched a local restaurant called Sides 2 Go BBQ. In 2017, Holbert was the second African American elected mayor of the Village of Woodmere, Ohio.

Holbert has received numerous honors and awards including Kent State University- Outstanding Alumni Award and Community Service Award, Omega Psi Phi Fraternity-Omega Man of the Year, Village of Woodmere-Council Member Award, and Knights of Peter Claver-Image Award. He was inducted into the Benedictine High School Hall of Distinction. He was also the recipient of four Emmy Awards for journalistic reporting and the Akron (Ohio) Broadcasters Hall of Fame “Personality of the Year”.

Ben Holbert was interviewed by The HistoryMakers on September 24, 2018.