Information about The Honorable Basil Paterson 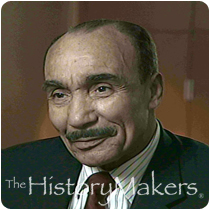 Lawyer Basil Alexander Paterson was born on April 27, 1926, in Harlem, New York. Paterson’s mother Evangeline Rondon was a secretary for Marcus Garvey. Paterson received his high school diploma in 1942 from De Witt Clinton High School in the Bronx neighborhood of New York City. After working for six months, Paterson entered St. John’s College from which he received his B.S. degree in biology in 1948, having spent two years in the Army. Paterson entered St. John’s Law School and received his J.D. degree in 1951. Paterson then began his professional career as a lawyer in Harlem where he became law partners with Ivan A. Michael and former New York City Mayor David Dinkins. Paterson and Dinkins became heavily involved in Democratic politics in Harlem, along with former Manhattan Borough President Percy Sutton, and Congressman Charles Rangel.

Paterson was elected to the New York State Senate in 1965 where he remained until he won the primary to be the Democratic candidate for Lieutenant Governor on a slate headed by Arthur Goldberg in 1970. The ticket lost to incumbent Governor Nelson A. Rockefeller. Paterson's son, David Paterson, was elected Lieutenant Governor in 2006; in 2008 he became Governor when Eliot Spitzer resigned. Paterson became the President and Chief Executive Officer of the Institute for Mediation and Conflict Resolution in 1972; he remained in that position until 1977. Paterson was the first elected African American Vice Chairman of the Democratic National Committee in 1972. In 1978, Mayor Ed Koch appointed Paterson to the position of Deputy Mayor of Labor Relations and Personnel. In 1979, Governor Hugh Carey appointed Paterson to the position of New York Secretary of State, making him the first African American to hold that rank. In 1989, Paterson became a commissioner of the Port Authority of New York and New Jersey, a position he held until 1995.

Paterson chaired the New York City Mayor’s Judiciary Committee for four years, and the New York State Governor’s Screening Panel for the Second Department for eight years. Paterson also served for ten years as a member of the Board of Editors of the New York Law Journal. In 2003, Paterson was appointed to the Commission to Promote Public Confidence in Judicial Elections. That same year, Paterson was elected Chairman of the KeySpan Foundation Board of Directors. Paterson served as Co-Chairman of the New York State Governor’s Commission on Determinate Sentencing, and the New York State Commission on Powers of Local Government. Paterson received numerous awards including the Humanitarian Award from Coalition of Black Trade Unionists, and the St. John’s University Medal of Excellence. Paterson practiced law at the law firm of Meyer, Suozzi, English and Klein where he served as co-chair of the firm’s labor practice.

See how The Honorable Basil Paterson is related to other HistoryMakers
Donate Now
Click Here To Explore The Archive Today!