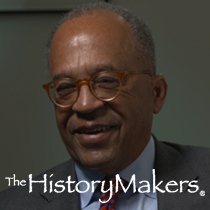 Favorite Color:
Blue
Favorite Food:
Hamburger
Favorite Time of Year:
Fall
Favorite Quote:
I Did The Best I Could With What I Had.

Favorite Color:
Blue
Favorite Food:
Hamburger
Favorite Time of Year:
Fall
Favorite Quote:
I Did The Best I Could With What I Had.

See how The Honorable Barrington D. Parker, Jr. is related to other HistoryMakers

Judge Barrington D. Parker, Jr. was born on August 21, 1944 in Washington, D.C. to Federal Judge Barrington D. Parker, Sr. and Marjorie Holloman Parker, board chair of the University of the District of Columbia. Parker graduated from McKinley Technical High School, and earned his B.A. degree in history from Yale University in New Haven, Connecticut in 1965. He then received his LL.B. degree from Yale Law School in 1969.

Parker began his legal career as a clerk for Judge Aubrey E. Robinson, Jr., an African American judge on the United States District Court for the District of Columbia. He joined the firm of Sullivan & Cromwell in New York City as an associate in 1970, where he specialized in general commercial litigation. In 1977, Parker and three other partners founded the law firm of Parker, Auspitz, Neesemann, & Delehanty, P.C. which, in 1987, merged with Morrison & Foerster, an international law firm based out of San Francisco, California. In 1994, Parker was appointed to the United States District Court for the Southern District of New York by President Bill Clinton. His cases in the district court included Trinity United Methodist Parish v. Board of Education of Newburgh, where he upheld a church’s right to rent space within a public school, and the trial of businessman Albert J. Pirro, Jr., who was indicted for conspiracy and tax evasion. In 2001, President George W. Bush nominated Parker to the United States Court of Appeals for the Second Circuit, and the Senate confirmed him 100-0. On the circuit court, he was involved in several prominent cases involving the rights of terrorism suspects, including Rumsfeld v. Padilla, where Parker ruled that Al Qaeda suspect Jose Padilla must be offered habeas corpus as an American citizen, and Arar v. Ashcroft, where Parker wrote a dissenting opinion stating that Maher Arar’s rights had been violated by the Bush administration’s policy of extraordinary rendition. Parker assumed senior status in 2009.

Parker served on the board of trustees for the Yale Corporation, and on the board of The Harlem School of the Arts, the NAACP Legal Defense and Education Fund, and the Central Park Conservancy.

Judge Barrington D. Parker, Jr. was interviewed by The HistoryMakers on October 5, 2016.

See how The Honorable Barrington D. Parker, Jr. is related to other HistoryMakers
Click Here To Explore The Archive Today!