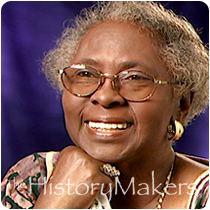 "The ultimate expression of freedom is the freedom of self-definition."

Augusta Alexander Clark was born on March 5, 1932, in Union Town, Alabama, the daughter of Harrison and Lula B. Alexander. Clark grew up in Fairmont, West Virginia, although she spent her entire adult life in Philadelphia, Pennsylvania. Clark arrived fresh from West Virginia State College working as a "Girl Friday" for Color Magazine. She then earned her Masters of Library Science degree from Drexel University and a law degree from Temple University School of Law.

Clark served as councilwoman at large and majority whip on the City Council of Philadelphia, Pennsylvania. Clark was the second black woman in the history of Philadelphia to have served on the city council. In over twenty years of service, Clark compiled a distinctive record of accomplishments. As majority whip, she managed legislation and served as an integral part of the Council leadership team. Clark focused her energy on improving the city’s public schools and revitalizing the poor and under developed communities in Philadelphia.

She retired from the city council in February 2000, but was still very much involved in local affairs. In March 2000, Clark became Secretary of Agencies, Authorities, Boards and Commissions in Mayor John Street's cabinet. In this capacity she communicated between the mayor and nearly 150 citywide organizations. She was the recipient of numerous awards and honors, including being named “Woman of the Year” by Pennsylvania Business and Professional Women.