Information about The Honorable Arthur Turner 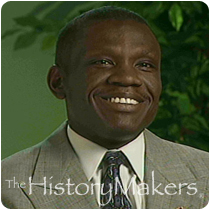 Favorite Color:
Black
Favorite Food:
Catfish
Favorite Time of Year:
Winter
Favorite Quote:
It is a hard life, but you can make it.

Favorite Color:
Black
Favorite Food:
Catfish
Favorite Time of Year:
Winter
Favorite Quote:
It is a hard life, but you can make it.

Arthur L. Turner was born on December 2, 1950 in Chicago, Illinois to Catherine and Joe Turner. He attended St. Mel High School. Upon graduation, Turner received a scholarship to West Point, but instead attended St. Joseph’s College for one year. Turner transferred to Illinois State University, where he received his B.A. degree in business administration. After graduation, Turner found a position as an investigator with the Cook County States Attorney’s office. In the eight years he worked there, he handled cases involving consumer fraud, gradually expanding to include vice (gambling, prostitution and narcotics). By 1980, Turner was looking for a career change.

When State Representative Jesse Madison retired in 1978, Turner ran for his seat, losing by 800 votes. He was successful two years later, and, at age thirty, Turner became the youngest member of the Illinois General Assembly. Turner ran for a second term in 1982, but was defeated. However, he remained active in politics during this period by working on the Chicago mayoral campaign of Harold Washington. After three months away from Springfield, Turner was appointed to fill a vacancy in the 10th Legislative District.

Since his return to the Illinois General Assembly, Turner has served in several capacities, including Chairman of the Housing Committee and the Vice-Chairman of the Higher Education Committee. He is known as the “Father of the Affordable Housing Trust Funds Law,” a bill that he sponsored and helped pass. He continues to serve as the Deputy Democratic Leader of the Illinois House of Representatives.

Turner and his wife, Rosalyn, are the parents of two sons, Arthur Jr. and Aaron. He is affiliated with the Lawndale Christian Development Corporation, the Boy Scouts of America and other organizations. In addition, he found the time to return to college, earning his Masters degree from Lewis University.

See how The Honorable Arthur Turner is related to other HistoryMakers
Donate Now
Click Here To Explore The Archive Today!