Information about The Honorable Anthony Young 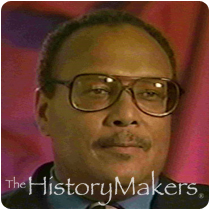 Anthony L. Young was born on December 11, 1948, in Chicago, Illinois. After graduating from St. Rita High School, Young married and briefly attended several Chicago area colleges before joining the United States Air Force in 1970. During the next four years, Young attended Golden Gate University’s branch at Edwards Air Force Base, where Young was stationed. Graduating cum laude with his B.A. degree in business administration, Young returned to Chicago and enrolled at DePaul University College of Law. He graduated in 1977 and was admitted to the Illinois Bar that same year. Spending the next few years in private practice, Young participated in a Cook County program that appointed private counsel to serve as public defenders in cases, such as the trial of the Pontiac Prison inmates accused of murdering three guards. All defendants in this case were acquitted.

In 1984, Young was elected to the Illinois House of Representatives. During his time there, he was a member of the Committees of Health Care, Educational Finance and Rules. For his second term, Young was appointed floor spokesman for the Democrats, and for his third term, he was appointed Deputy Majority Leader of the House of Representatives. During this time, Young mentored an ex-felon, giving him a job in his office. This man was future Representative Coy Pugh, who, thanks to Young’s guidance, would himself eventually serve in the Illinois General Assembly.

In 1992, Young left the Illinois General Assembly. He is currently a Judge in the Circuit Court of Cook County, Domestic Relations Division. He and his wife, Darthula, are the parents of two children.

See how The Honorable Anthony Young is related to other HistoryMakers
Donate Now
Click Here To Explore The Archive Today!