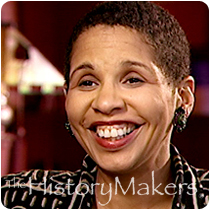 Judge Ann Williams was born in Detroit on August 16, 1949, the oldest of three daughters born to Dorothy and Joshua Williams. Williams graduated from Wayne State University in 1970 with a degree in elementary education and then got a masters degree from the University of Michigan in guidance and counseling. She then taught third grade in Detroit until she went to the University of Notre Dame, where she received her law degree in 1976.

William began her legal career as a law clerk with Judge Robert Sprecher of the U.S. Court of Appeals. This beginning served her well for the career that awaited her. She worked as an assistant U.S. attorney in Chicago from 1976 to 1985, trying major felony cases. Then in 1985, President Ronald Reagan appointed her as the first African American woman on the Federal District Court in Illinois and only the ninth African American woman ever appointed to Federal District Court.

In August 1999, Williams was nominated to the U.S. Court of Appeals for the Seventh Circuit by President Bill Clinton. She was confirmed on November 10, 1999, becoming the first African American ever appointed and the third African American woman to serve on any federal appeals court.

See how The Honorable Ann Claire Williams is related to other HistoryMakers
Donate Now
Click Here To Explore The Archive Today!