Information about The Honorable Alphonso Jackson 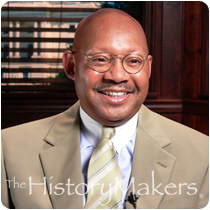 Cabinet appointee Alphonso Jackson was born on September 9, 1945 in Marshall, Texas to Henrietta and Arthur Jackson and grew up in South Dallas as one of twelve children. Jackson learned the value of education and the importance of strong work ethic from his parents. He attended both Lincoln University in 1965 and A&M Commerce in 1966 on track scholarships before receiving his B.A. degree in political science from Northeast Missouri State University in 1968. In 1973, Jackson received his J.D. degree from Washington University School of Law.

Jackson's career began in 1973 as an assistant professor at the University of Missouri, St. Louis. From 1977 through 1981, Jackson became the Director of Public Safety for the City of St. Louis, Missouri. He also served as a director of consultant services for the certified public accounting firm, Laventhol and Horwath in St. Louis. Jackson was then appointed as Executive Director of the St. Louis Housing Authority. He held this position until 1983 and became the Director of the Department of Public and Assisted Housing in Washington, D.C. in 1987. In 1989, Jackson became president and CEO of the Housing Authority of the City of Dallas, Texas. Jackson’s executive title marked him as the first African American to head the agency, saving the Housing Authority from the racial discrimination law suits that had been mounting against it. During Jackson’s tenure, he worked to improve the dilapidated buildings and unsafe conditions that had become standard in the city’s neglected public housing units.

In 1996, Jackson left the public sector when American Electric Power-TEXAS hired him as President. There, Jackson ran the $13 billion company for the next five years, until he was appointed as the Housing and Urban Development’s Deputy Secretary and Chief Operating Officer under the George W. Bush Administration. Working under then secretary, Mel Martinez, Jackson managed the daily operations of the $32 billion agency and its 9,300 employees. In 2004, the U.S. Senate unanimously confirmed Jackson as the nation’s thirteenth United States Secretary of Housing and Urban Development. This distinction marked Jackson as the third African American in the Bush Cabinet after Secretary of State Gen. Colin Powell and Rod Paige, the Education Secretary. He resigned from this position on April 18, 2008. Since 2008, Jackson teaches at Hampton University as a professor and Director of the Center for Public Policy and Leadership. Jackson also serves on numerous national and state commissions including the General Services Commission of the State of Texas and the National Commission on America’s Urban Families.

Alphonso Jackson was interviewed by The HistoryMakers on August 3, 2007.

See how The Honorable Alphonso Jackson is related to other HistoryMakers
Donate Now
Click Here To Explore The Archive Today!