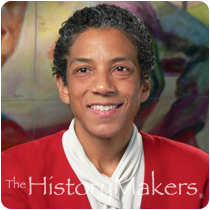 Allegra Rene “Happy” Haynes was born on March 4, 1953, in Denver, Colorado. Haynes graduated from Denver's East High School in 1971. She received her B.A. degree in political science (with honors) from Barnard College at Columbia University in New York in 1975. Later in life, Haynes returned to school and received her M.A. degree in public affairs from the University of Colorado in 2002. She also attended Leadership Denver, the Denver Community Leadership Forum, the Rocky Mountain Program, and the State and Local Program at Harvard University’s Kennedy School of Government.

Haynes began her tenure with the City of Denver as an aide to former Councilman Bill Roberts in 1979. From 1983 to 1990, Haynes worked as an administrative aide to the former Mayor of Denver, Federico Peña, the city’s first Latino mayor. Haynes served on the Denver City Council from 1990 to 2003 and as council president from 1998 to 2000. She was Denver Mayor John Hickenlooper's liaison to the city council from 2003 to 2005 and she played a key role in the development of Denver International Airport. In October of 2005, Haynes retired from the City of Denver after twenty-six years to join the new superintendent of Denver Public Schools, Michael Bennet, as his assistant for community partnerships. Governor Bill Ritter appointed Haynes to the Colorado Commission on Higher Education in September of 2008.

Haynes resides in the Park Hill neighborhood of Denver. She is single, an avid jazz enthusiast, and enjoys science fiction and gardening. She regularly participates in numerous sports and outdoor activities.

See how The Honorable Allegra "Happy" Haynes is related to other HistoryMakers
Donate Now
Click Here To Explore The Archive Today!