Information about The Honorable Alexis Herman 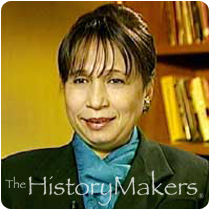 See how The Honorable Alexis Herman is related to other HistoryMakers

The first African American to become the secretary of labor, Alexis M. Herman was born in Mobile, Alabama, on July 16, 1947. Her mother was a teacher in Mobile and her father was the first black politician elected in the South since Reconstruction. After graduating from a Catholic high school, Herman attended Xavier University in New Orleans, graduating in 1969.

Herman began her career in 1969 as a social worker for Catholic Charities, developing employment training opportunities for unemployed youth. From there, she was hired by the Department of Labor. At age twenty-nine, Herman became the youngest person to hold the position of Director of the Women's Bureau, and while there, Herman pressured Delta Airlines and Coca-Cola to hire female professionals. It was also during this time that she met future President Bill Clinton. She formed A.M. Herman & Associates in 1981, advising state and local governments on labor markets until 1989. She also later became the National Director of the Minority Women Employment Program of R-T-P, Inc., where she established programs to place minority women in white-collar and nontraditional jobs.

Returning to government service in 1989, Herman joined the Democratic National Committee as chief of staff on the suggestion of longtime friend Ron Brown, and by 1992 was the CEO of the Democratic National Convention. After Clinton's election in 1992, Herman was appointed assistant to the president and director of the White House Public Liaison Office in 1993. When Clinton was reelected, he appointed her the twenty-third secretary of labor. Her appointment was not without controversy, however, as many labor leaders did not support her. Later, Herman would be implicated in one of the improper fundraisers held at the White House. She weathered both of these storms unscathed, continuing to fight for minority and women's rights in the workplace.

Today, Herman tours the country in speaking engagements, speaking of her own entrepreneurial ventures, her time in the Department of Labor, and her grandmother's advice. She chairs the Coca-Cola Company Task Force and the Toyota Advisory Board on Diversity. She sits on the board of MGM/Mirage, Inc. and is actively involved in the National Urban League and the Ron Brown Foundation. Herman and her husband, Dr. Charles Franklin, live in Virginia.

See how The Honorable Alexis Herman is related to other HistoryMakers
Click Here To Explore The Archive Today!