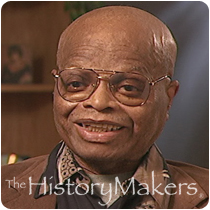 Favorite Color:
Beige
Favorite Time of Year:
Fall
Favorite Vacation Spot:
Bermuda
Favorite Quote:
There is always hope. When you get to the end of your rope, tie a knot and hang on.

Favorite Color:
Beige
Favorite Time of Year:
Fall
Favorite Vacation Spot:
Bermuda
Favorite Quote:
There is always hope. When you get to the end of your rope, tie a knot and hang on.

"The music host who loves you most," Holmes Daddy-O Daylie was born on May 15, 1920, in Covington, Tennessee. His mother died tragically during childbirth and his father five years later. Holmes was then raised by his older brother, Clinton, and the family moved to Chicago's South Side when Holmes was a child. He attended John D. Shoop elementary and Morgan Park High schools. A talented athlete, after graduation Daylie played professional basketball with the Harlem Yankees and the Globetrotters. However, he soon tired of the lodging discrimination encountered while traveling across the country, and he returned to Chicago to begin a new career.

Affectionately called "Daddy-O" long before his entrance into radio, Daylie was known for his linguistic gymnastics and sense of humor. These qualities would prove to be the key to his success. Discovered in 1947 while working as a bartender in the Beige room of the Pershing hotel, famous disk jockey Dave Garroway was impressed by the artistic rhymes Daddy-O used while serving his clientele. On Garroway's suggestion, Daylie enrolled in radio school to refine his skills and, in 1948, Daddy-O's Jazz Patio made its debut on station WAIT.

Daddy-O's relaxed style and hip improvisational rhythmic monologues during the forty-five minute program were an instant success. In addition to introducing audiences to the innovative sounds of jazz, blues and swing music, Daylie used his program as a platform to further the cause of civil rights and to highlight other social maladies in African American communities. One of Daddy-O's proudest achievements was Operation Christmas Basket, which helped feed hungry Chicagoans during the holiday season.

After leaving WAIT, Daddy-O first joined the staff of WMAQ radio and then "The Voice for Equality" WAAF 950 AM. He retired in 1988. Daylie passed away February 6, 2003.

See how Holmes "Daddy-O" Daylie is related to other HistoryMakers
Donate Now
Click Here To Explore The Archive Today! 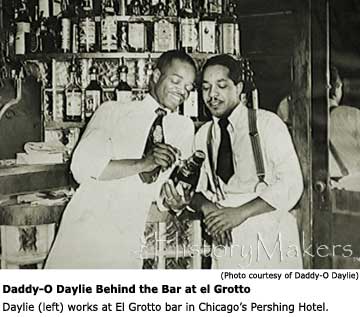 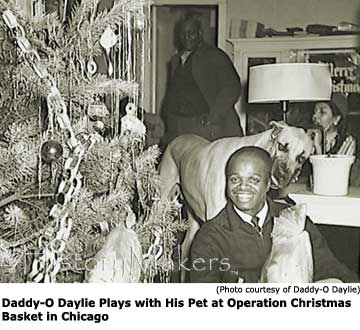