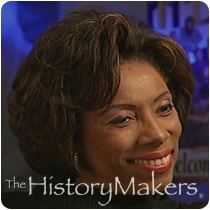 See how Hermene Hartman is related to other HistoryMakers
Donate Now

Over the course of her eclectic career, Hermene Hartman has distinguished herself as a media pioneer. The founder of Chicago's leading African American magapaper N'DIGO, she is one of the few African American women in publishing. Hartman was born in Chicago on September 24, 1947, the daughter of Herman Hartman, the first black Pepsi-Cola distributor in the United States and Mildred Bowden, a retired administrator of Cook County Hospital.

Hartman's career began during the Civil Rights Movement while working for Operation Breadbasket with the Reverend Jesse Jackson. She coordinated the organization's Black Expo. She later produced public service programming for WBBM-TV Chicago and taught behavioral sciences at the college level from 1973-1984.

Her move into the publishing industry came after her tenure as vice chancellor of the City Colleges of Chicago, the nation's second largest community college system. She was the first woman to serve in this capacity, overseeing media and community relations, as well as marketing and publications. During this time, Hartman recognized the need for honest representations rather than stereotypical images of African American culture in mainstream media.

In 1989, she founded N'DIGO magapaper. As a writer, Hartman became well known for her publisher's page, which offers insightful social commentary about important issues in the African American community. The paper also features news profiles, business information and other contemporary topics that reflect the interests of Chicago's black middle class.

Hermene Hartman has successfully operated The Hartman Group, a full-service public relations firm, since 1977. She has received many honors and awards of excellence for her contributions to the business and African American communities. Hartman holds masters degrees in sociology and philosophy of education as well as an MBA from the University of Illinois.

See how Hermene Hartman is related to other HistoryMakers
Donate Now
Click Here To Explore The Archive Today! 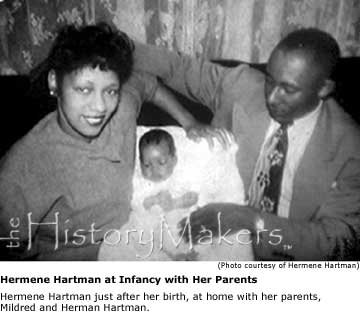 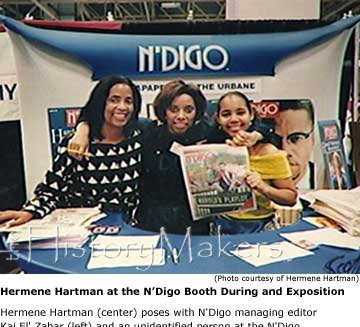