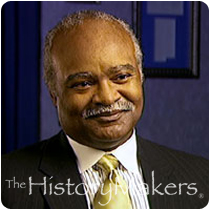 See how Herman Morris, Jr. is related to other HistoryMakers

Herman Morris, Jr. was born on January 16, 1951, in Memphis, Tennessee, where he attended public school. From there, Morris attended Southwestern University at Memphis (Rhodes College), where he earned a B.A. in economics in 1973. He then went on to attend the Vanderbilt University School of Law, earning a J.D. in 1977.

Over the next twelve years, Morris worked in private practice with several Memphis-area law firms handling a wide variety of cases. In 1989, he left his law practice to become the first in-house general counsel for Memphis Light, Gas & Water. There, he initiated the Inner-City Legal Explorer Post in conjunction with the Boy Scouts of America to provide opportunities for inner-city youth to gain exposure to the law and legal careers. In 1997, Morris was promoted to president and CEO of Memphis Light, Gas & Water. In this position, Morris oversees 2,700 employees and a $1.4 billion budget.

Morris is highly involved in a number of community and professional organizations. Currently, he is a director of the University of Tennessee Medical Group and the Tennessee Valley Public Power Association. In addition, Morris serves on the Advisory Board of Bank of America. He is also the past president of the Memphis Branch of the NAACP, actively involved with the Boy Scouts of America, and has played an instrumental role as the Campaign Chairman of the United Way of the Mid-South. Morris has also been honored with numerous awards, including awards for business as well as his philanthropic contributions.

Morris and his wife, Brenda, live in Memphis.

See how Herman Morris, Jr. is related to other HistoryMakers
Click Here To Explore The Archive Today!