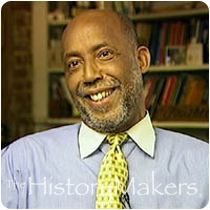 See how Herman Marrel Foushee is related to other HistoryMakers

Businessman H. Marrel Foushee was born in Chapel Hill, North Carolina, on June 26, 1949, the oldest of eight children. After graduating from high school in 1967, he joined the U.S. Air Force, and in 1972 enrolled at Howard University on a football scholarship, earning a B.A. in political science with honors in just two and a half years. He later returned to earn an M.P.A. in 1977.

Foushee started his career with an internship at the National Bureau of Standards in 1974. After completing his M.A., Foushee went to work at Public Technology, Inc., as the assistant to the director, where he liased with federal authorities as part of its Urban Consortium Program. In 1978, he founded Foushee's Tax and Financial Management Services, where he remains president. He has also spent significant time working for federal and local governments, serving with the Department of Energy as a program analyst and with the Department of Health and Human Services' Office of Small and Disadvantaged Business Utilization. From 1984 to 1987, he served as chief of the Washington, D.C. Office of Paternity and Child Support, and from 1989 to 1991 as an executive assistant and acting administrator in the D.C. Youth Services Administration. The mayor of Washington, D.C., appointed Foushee to the Department of Public Works as administrator of facilities management, where he served from 1996 to 1997.

Foushee has also been active in the media, working as an on-air personality for WHUR, the Howard University radio station, offering tax advice for thirteen years between 1982 and 1995. He expanded out to WDCU in 1992, producing and hosting Business Digest for three years. Foushee expanded his own personal business in 1997, opening Foushee's Business Management Services, where he is managing partner.

Over his career, Foushee has received many awards, including the Outstanding Professional of Washington, D.C., in 1987 and a Presidential Citation from the D.C. Chamber of Commerce. He has also been listed in Who's Who in Black Corporate America. He serves on the board of the Howard University Small Business Development Center and on the Metropolitan Baptist Church Foundation. He is also a founder of the National Forum for Black Public Administrators and was the first president of the Black M.B.A. Association of Washington, D.C.

See how Herman Marrel Foushee is related to other HistoryMakers
Click Here To Explore The Archive Today!