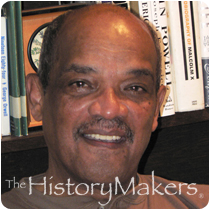 In 1964, Randall received a John Hay Whitney Fellowship and was encouraged by Sanford R. Leigh, the Director of Mississippi Freedom Summer's Hattiesburg project, to photograph the effects of the Civil Rights Movement in Hattiesburg, Mississippi.
Randall photographed volunteers in a variety of projects, including the Mississippi Freedom Democratic Party campaign and voter registration drives. One of Randall’s most famous photographs was published that summer, the photo of the bloody and concussed Rabbi Arthur Lelyveld, head of a prominent Cleveland Congregation and former World War II objector. Randall returned to New York in 1965, and served as supervisor of photography for Bedford Stuyvesant Youth In Action, Inc. In 1968, Randall joined the Brooklyn Children’s Museum as a photography instructor, and in his spare time became South Bronx Youth Village’s photographic consultant. Between 1970 and 1974, Randall was the New York City Board of Education Multi-Media Project Coordinator of Photography. During this period, Randall was awarded the Creative Artists Public Service (CAPS) Grant for photography.

In 1974, the National Media Center Foundation hired Randall as a photographic consultant, where he would remain until 1981, when he moved to the Shinnecock Indian Reservation in Southampton, New York, and began working as a custodian and school bus driver. In 1999, Randall donated the his photography archives – nearly 2,000 negatives – to the University of Southern Mississippi in Hattiesburg. The school organized a traveling exhibition consisting of one-hundred of the photographs ending in 2003. University of Southern Mississippi Archivist Bobs M. Tusa joined Randall in 2001, to write "Faces of Freedom Summer," which tells the story of Randall’s photographs from Mississippi Freedom Summer. The following year, Randall’s work was exhibited as a part of the Martin Luther King, Jr. Week celebration at Stanford University. Randall’s work has been exhibited at galleries across the country, including the Brooklyn Museum, the San Francisco Museum of Modern Art and Baltimore’s Cultural Arts Gallery.

Herbert Eugene Randall, Jr. was interviewed by The HistoryMakers on September 28, 2007.