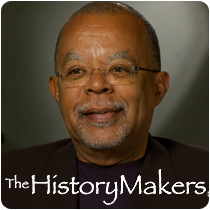 African American Studies scholar Henry Louis Gates Jr. was born in Keyser, West Virginia on September 16, 1950, the son of Henry Louis Gates Sr. and Pauline Augusta Coleman. Gates first enrolled in college at Potomac State College in 1968, before transferring to Yale University in 1969. In 1970, he received a fellowship from Yale that would allow him to work and travel in Africa. Gates graduated from Yale in 1973, receiving his B.A. degree in History. Gates was also honored in 1973 with an Andrew W. Mellon Foundation Award. The first such grant to be given to an African American, the award allowed Gates to study at the University of Cambridge, in the United Kingdom. At Cambridge, Gates enrolled in the Clare College, and studied English Literature. Gates was able to work with scholars such as Wole Soyinka, the first native of Africa to win a Pulitzer Prize, British Labor scholar Raymond Williams and literary critic George Steiner. While he returned to the United States in 1975, Gates continued his studies, and received PhD. in English Language and Literature from the University of Cambridge in 1979.

Gates enrolled at Yale Law School in 1975, but left after a month. He stayed at the New Haven, CT. institution, becoming a secretary at with the University’s unit of African American Studies. In 1976, Gates was appointed as a lecturer in English and African American Studies, and named Director of Undergraduate Studies. Gates was made an Assistant Professor at Yale in 1979, and stayed at the University until 1985 While at Cornell University, where he served as a Professsor of English, Literature and Africana Studies from 1985 to 1990, Gates groundbreaking text Signifying Monkey A Theory of Afro-American Literary Criticism, was released. A 1989 American Book Award winner, the work extended the application of the concept of “signifyin(g)” to analysis of African American works and thus rooted African-American literary criticism in the African American vernacular tradition. The work gained Gates critical acclaim nationally, and he quickly translated his success into a more mainstream career as a “public intellectual,” writing pieces on race and other issues for publications like the New York Times, The New Yorker, The Nation and The New Republic.

After a short stay at Duke University from 1989 to 1991, Gates moved onto Harvard University, where he became a Professor and Director of the W.E.B. DuBois Institute for African and African American Research, a position he still holds today. Gates was also the co-founder of TheRoot.com, an online magazine, and editor of the Oxford African American Studies Center.