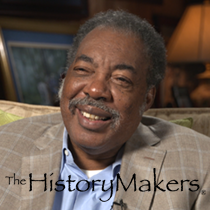 Civil rights activist and entrepreneur Henry “Hank” Thomas was born on August 29, 1941 in Jacksonville, Florida to Tina R. Heggs and James Cobb. Thomas graduated from Richard J. Murray High School in St. Augustine, Florida in 1959, and received a scholarship to attend Howard University in Washington, D.C. At Howard, Thomas participated in lunch counter sit-ins, and was a founding member of the Student Nonviolent Coordinating Committee (SNCC). In May of 1961, Thomas and the other Freedom Riders travelled to the South to protest segregation laws. Thomas was first arrested in Winnsboro, South Carolina, but was soon released. He then survived a firebombing in Anniston, Alabama. Arriving in Jackson, Mississippi, Thomas and the other Freedom Riders were arrested; and upon his release from Parchman State Prison Farm, Thomas was the first Freedom Rider to appeal his conviction, which was upheld by the Mississippi Supreme Court in 1964, but reversed by the U.S. Supreme Court in 195. Thomas was arrested twenty-two times over the course of his civil rights activism.

In 1965, Thomas served in the Vietnam War as a U.S. Army Medic, and was awarded the Purple Heart for his service. After his tour ended in 1966, Thomas moved to Atlanta, Georgia, where he and a business partner purchased and operated a Laundromat. After selling his share of the Laundromat, Thomas acquired a Dairy Queen franchise, and then a Burger King franchise, before becoming the franchisee of six McDonald’s restaurants. Thomas went on to own four Marriott Hotels, two Fairfield Inns, and two TownePlace Suites. He was the president of Victoria Hospitality Properties, Inc. and vice-president of Hayon, Inc., which owned and operated McDonald’s restaurants in the Atlanta area. In 1993, Thomas was one of three U.S. veterans to travel to Vietnam for a reconciliation meeting with North Vietnamese soldiers.

Thomas received numerous awards for his civil rights activism and his business achievements. In 2010, he was inducted into the Atlanta Business League Men of Influence Hall of Fame and received the 365black Award given by McDonald’s Inc. In 2011, he was inducted into the International Civil Rights Walk of Fame. He was a lifetime member of the NAACP, and served on the board of trustees for Morehouse School of Medicine.

Thomas and his wife, Yvonne Thomas, have two children and four grandchildren.

Henry “Hank” Thomas was interviewed by The HistoryMakers on October 1, 2016.