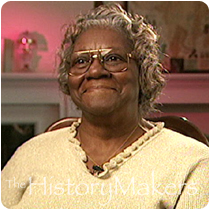 See how Helen Turner-Thompson is related to other HistoryMakers

Minister of music, pianist and educator, Helen Turner-Thompson was born on January 7, 1931. Turner-Thompson has lived most of her life in Cleveland, Ohio. A product of the Cleveland Public Schools, she studied piano privately beginning in elementary school and held a number of professional jobs before graduating from Cleveland's Central High School. She also completed additional studies at the Cleveland Institute of Music.

Turner-Thompson has worked with the choirs of numerous local churches, including Antioch Baptist Church, Mount Zion Congregational Church, Euclid Avenue Congregational Church and Shiloh Baptist Church. Nationally, she has worked with other professional musicians in the National Convention of Gospel Choirs and Choruses, the Gospel Music Workshop of America and the Center for Black Music Research. Turner-Thompson, who currently resides in Cleveland Heights, Ohio, also teaches classical piano to area children and is a much sought-after clinician and workshop leader.

Turner-Thompson is the recipient of numerous honors and awards including the Gospel Pioneer Award, December 2006; the Inspirational Voices of Peace Founders Harp Award, September 2007; was honored by the Gospel Music Historical Society; the TallerWorks at the Rock and Roll Hall of Fame and Museum; the Women’s Clergy of Greater Cleveland; the Karamu Theatre and was named a Master Artist for the Traditional Arts Apprenticeship Program of the Ohio Arts Council, working with individuals interested in studying the history and performance practices of the gospel music that developed during the first half of the twentieth century.

See how Helen Turner-Thompson is related to other HistoryMakers
Click Here To Explore The Archive Today! 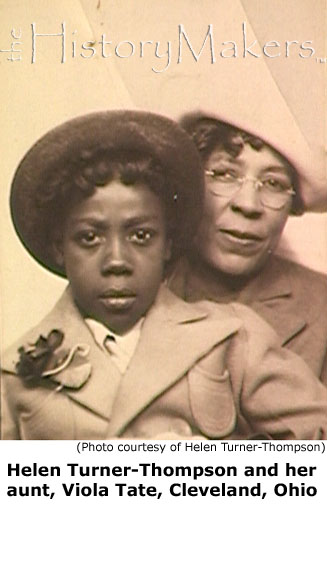 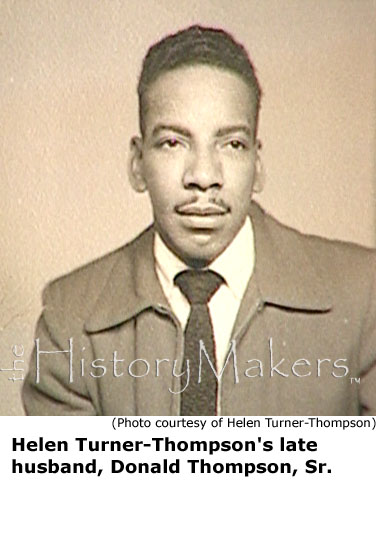