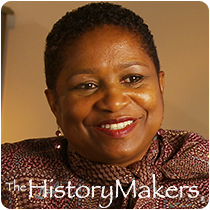 Favorite Color:
Red
Favorite Food:
Fried Chicken
Favorite Time of Year:
Fall
Favorite Vacation Spot:
Hawaii
Favorite Quote:
Unto Everything There’s A Season And A Time For Every Purpose Under The Heavens

Favorite Color:
Red
Favorite Food:
Fried Chicken
Favorite Time of Year:
Fall
Favorite Vacation Spot:
Hawaii
Favorite Quote:
Unto Everything There’s A Season And A Time For Every Purpose Under The Heavens

In 1987, Edney was hired as a reporter for the Richmond Afro-American newspaper. She went on to work as a staff writer for the Richmond Free Press until 1998, when she was awarded the William S. Wasserman Jr. Fellowship on the Press, Politics and Public Policy from Harvard University. In 2000, Edney was hired as the Washington, D.C. correspondent for the National Newspaper Publishers Association. Then, in 2007, she was appointed editor-in-chief of the NNPA News Service and Blackpressusa.com, serving in that role until 2010. Edney also worked as an investigative reporter as part of the NNPA NorthStar Investigative Reporting Program. While at NNPA, she covered the World Conference Against Racism in Durban, South Africa in 2001; the September 11, 2001 terrorist attack on the Pentagon; Hurricane Katrina; and earthquake-ravaged Port-au-Prince, Haiti.

In 2010, Edney launched the Trice Edney News Wire. She also serves as president and CEO of Trice Edney Communications and editor-in-chief of the Trice Edney News Wire. Edney has worked as an adjunct professor of journalism at Howard University, and has served as interim executive director of the NNPA Foundation. She has appeared on the Tavis Smiley Show; CNN; C-Span, Bishop T.D. Jakes' Potter's Touch; The Al Sharpton Show; Washington Watch with Roland Martin; and the Washington Journal.

Edney’s awards include the New America Media Career Achievement Award; a fellowship at the Annenberg Institute for Justice in Journalism at the University of Southern California; the Lincoln University Unity Award in Media; the Tisdale Award; and NNPA Merit Awards, including the NNPA First Place Feature Story Merit Award in 1990 for her final interview with Virginia death row inmate Wilbert Lee Evans. She was also a congressional fellow in 1999 and 2000, and was the first African American woman inducted into the Virginia Communications Hall of Fame. Edney was named a "2008 Role Model" by the National Baptist Congress of Christian Education, and a "2010 Phenomenal Woman" by the Phenomenal Women’s Alliance. Hazel Trice Edney was interviewed by The HistoryMakers on December 6, 2013.

See how Hazel Trice Edney is related to other HistoryMakers
Donate Now
Click Here To Explore The Archive Today!