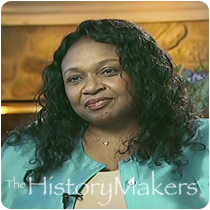 "It Is Not The Critic Who Counts; Not The Man Who Points Out How The Strong Man Stumbles, Or Where The Doer Of Deeds Could Have Done Them Better. The Credit Belongs To The Man Who Is Actually In The Arena, Whose Face Is Marred By Dust And Sweat And Blood; Who Strives Valiantly; Who Errs, Who Comes Short Again And Again, Because There Is No Effort Without Error And Shortcoming; But Who Does Actually Strive To Do The Deeds; Who Knows Great Enthusiasms, The Great Devotions; Who Spends Himself In A Worthy Cause; Who At The Best Knows In The End The Triumph Of High Achievement, And Who At The Worst, If He Fails, At Least Fails While Daring Greatly, So That His Place Shall Never Be With Those Cold And Timid Souls Who Neither Know Victory Nor Defeat. - Theodore Roosevelt"

Actress Hattie Mae Winston was born in Lexington, Mississippi, on March 3, 1945, to Selena Thurmond Winston and Roosevelt Love Winston. Winston was raised by her grandmother, Cora Thurmond, in nearby Greenville, Mississippi. Attending Washington Irving High School in New York City, Winston graduated in 1963; throughout her academic career she was an accomplished student and an exceptionally talented vocalist. Winston attended Howard University in Washington, D.C. after receiving a full voice scholarship.

Winston moved back to New York City after one year at Howard and enrolled in an actor’s group study workshop; success came quickly. In 1968, Winston became a replacement performer in Hair, in 1969 obtained a part in Does a Tiger Wear a Necktie?, and in 1970 was cast in The Me Nobody Knows, all of which were significant Broadway roles. In 1971, Winston was cast in a replacement role in Two Gentlemen of Verona. In 1983, Winston scored a starring role in the critically acclaimed Broadway play The Tap Dance Kid. Winston’s roles in To Take Up Arms and Up the Mountain earned her two Los Angeles Critics Drama-Logue awards; throughout her career, she received a variety of other theatrical honors, including two Obie Awards (for Mother Courage and The Michigan), CEBA Awards, and an Audelco Award for her contributions to the world of theater. Winston also worked as an independent producer and director, and was responsible for reviving Langston Hughes’s Black Nativity off-Broadway.

Winston worked extensively in the worlds of television and film; she had a regular role on the Emmy-award winning PBS-TV series The Electric Company, where she played Sylvia, in addition to playing Gloria Davis in the critically acclaimed series Homefront. Winston’s other television credits include Nurse, E.R., Port Charles, The Parent Hood, Malcolm & Eddie, The Smart Guy, Scrubs, and Becker. Winston’s film credits include Jackie Brown, Meet the Deedles, Beverly Hills Cop III, and Clint Eastwood’s True Crime.

Winston served as the national co-chair for the American Federation of Television and Radio Artists (AFTRA)’s Equal Employment Opportunities Committee. In 1993 and 1997, the National Black Theater Festival in Winston-Salem, North Carolina honored Winston with the designation of a “Hattie Winston Day.” Over the course of her career, Winston collected scripts and screenplays by African American writers, many of which remain unpublished; in 1998, she donated a collection of writing entitled the Hattie Winston African American Scripts and Screenplays Collection to the University of Louisville in Kentucky. In 2006, Winston participated in the reading “Slave Narratives: A Mighty, Mighty People” for Stories On Stage, a non-profit performing arts organization presenting popular local and national actors in dramatic readings of short fiction.