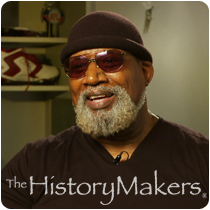 See how Harry Edwards is related to other HistoryMakers
Donate Now

Sociology professor and civic activist Harry Edwards was born in 1942 in East St. Louis, Illinois to Harry and Adelaide Edwards. Edwards grew up in East St. Louis, Illinois as the second child in a family of eight children. He attended the newly integrated East St. Louis Senior High School where he excelled in sports. After graduating from high school in 1960, Edwards moved to California where he attended Fresno City College. Edwards then transferred to San Jose State University where he majored in sociology and graduated summa cum laude with his B.A. degree in sociology in 1964. In 1966, Edwards went on to receive his M.A. degree in sociology from Cornell University where he was awarded the Woodrow Wilson Fellowship. In 1970, he received his Ph.D. degree in sociology from Cornell University where he helped to found United Black Students for Action and the Olympic Project for Human Rights.

Due to his negative experiences as a student athlete on predominately white university campuses, Edwards became heavily involved in exposing the relationship between race and sports in society. By the late 1960s, Edwards began actively organizing protests and demonstrations like the 1968 Olympics Black Power salute at Mexico City involving John Carlos, Peter Norman and Tommie Smith. In 1970, Edwards was hired at the University of California, Berkeley where he taught courses on race relations, the sociology of sport and the family. In 1985, he was hired as a consultant for the San Francisco 49ers and developed the Minority Coaches Internship and Outreach Program with Coach Bill Walsh. Two years later, Edwards became special assistant to the Commissioner of Major League Baseball to help increase representation of minorities and women in baseball. From 1987 through 1995, Edwards worked with the Golden State Warriors of the National Basketball Association, specializing in player personnel counseling and programs. The programs and methods he developed for dealing with challenges facing professional football players were adopted by the entire National Football League in 1992 and in 2000, he retired from the University of California, Berkeley.

Edwards has written extensively on the connections between race, sport and society. He is the author of "The Struggle That Must Be: An Autobiography," "The Sociology of Sports," "The Revolt of the Black Athlete," and countless articles on race, sports, and the sociology of sport in books, academic and popular press. Considered a leading authority on the sociology of sports and diversity, Edwards has appeared on nationally syndicated television shows and documentaries while traveling extensively to perform public engagements. He has been the recipient of several awards and honorary doctorate degrees.

Harry Edwards was interviewed by The HistoryMakers on March 6, 2011.

See how Harry Edwards is related to other HistoryMakers
Donate Now
Click Here To Explore The Archive Today!