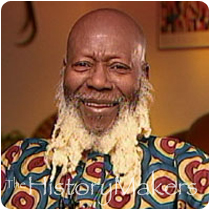 See how Harold Battiste is related to other HistoryMakers

In 1989, he joined Ellis Marsalis on the Jazz Studies faculty of the University of New Orleans. While back in New Orleans Battiste founded the AFO Foundation to document and make available the musical history of the city. Battiste remained active in the community and served as a board member of the Congo Square Cultural Collective, the Louisiana State Music Commission, New Orleans Jazz and Heritage Foundation, Louisiana Jazz Federation, the African Cultural Endowment and numerous other cultural organizations. He received the Beaux Arts Award, the Mayor's Arts Award, the Governor's Arts Lifetime Achievement Award and many others. In 1998, the City of New Orleans proclaimed his birthday, October 28 as Harold Battiste Day with a proclamation from Mayor Marc Morial.

See how Harold Battiste is related to other HistoryMakers
Click Here To Explore The Archive Today!