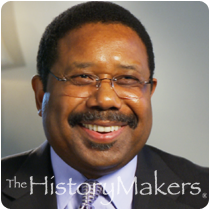 See how Handy Lindsey, Jr. is related to other HistoryMakers

Foundation Executive Handy Lindsey, Jr. was born on March 24, 1952 in Louisville, Mississippi to Pearlie, a homemaker, and Handy Lindsey, Sr., a farm laborer. When he was six years old, his family moved from Louisville to St. Louis, Missouri where he attended first Dunbar and later Howard Elementary before graduating from St. Louis University High School in 1971. Lindsey earned his BA, AM and MBA. degrees from the University of Chicago in 1975 and 1980, respectively. After graduation, Lindsey served as assistant director for Chicago Community Trust. He also served as interim executive director for the East St. Louis Community Foundation in East St, Louis, Illinois. In 1988, Lindsey was appointed executive director of The Field Foundation of Illinois. He became the chief executive officer of the Field Foundation in 1997. The Cameron Foundation in Petersburg, Virginia recruited Lindsey to serve as its president and chief executive officer in 2004.

In 2003, the Chicago African Americans in Philanthropy (CAAIP) established an award honoring Lindsey for his leadership and dedication in advancing racial and ethnic diversity and inclusiveness in the field of philanthropy. In 2003, Lindsey was awarded the 12th Annual James A. Joseph Lecturer on Philanthropy from the Association of Black Foundation Executives.
He is currently the Vice Chairman of Grantmakers for Effective Organizations (GEO) and has served as a board member for the Southeastern Council of Foundations and board chairman for the Donors Forum of Chicago. Lindsey was also vice chairman for the Association of Black Foundation Executives. Lindsey has over thirty years of experience in philanthropy, having served as principal architect and manager for three separate foundations. He has been featured in Ebony Magazine as a leader in his field. Lindsey completed his doctoral coursework at the University of Chicago’s School of Social Services Administration in 2000. He is married to Kristin R. Lindsey and has two adult sons, Josef and Marshall.

Handy Lindsey, Jr. was interviewed by The HistoryMakers on February 10, 2012.

See how Handy Lindsey, Jr. is related to other HistoryMakers
Click Here To Explore The Archive Today!