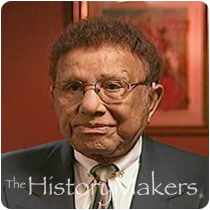 Favorite Color:
Blue
Favorite Food:
Carribean, Jamaican Food
Favorite Time of Year:
November
Favorite Vacation Spot:
Anywhere Warm
Favorite Quote:
It Is Nice To Be Important, But It Is Important To Be Nice.

Favorite Color:
Blue
Favorite Food:
Carribean, Jamaican Food
Favorite Time of Year:
November
Favorite Vacation Spot:
Anywhere Warm
Favorite Quote:
It Is Nice To Be Important, But It Is Important To Be Nice.

See how Hal Jackson is related to other HistoryMakers
Donate Now

Born on November 3, 1914 in Charleston, South Carolina to Eugene Baron Jackson (a tailor) and Laura Rivers Jackson, Hal Jackson became one of the most important radio personalities of all time.

When Jackson was eight, his parents died within five months of each other. After living with his sisters and other relatives, he moved out on his own in 1928 - at the age of 13. Two years later, he moved north, settling in Washington, D.C. He attended Howard University, where his interests in sports and broadcasting grew. By the late 1930s, Jackson was an announcer for Howard University and Griffith Stadium.

In 1939, Jackson approached WINX in Washington, D.C. and proposed a radio show. Management flatly refused. Undeterred, Jackson purchased airtime through a wholesale buyer of radio. He interviewed pioneering African Americans during his talk and music program, highlighting achievements of the community. His show proved so popular that, within six months, Jackson was able to buy airtime and sell ads on three additional stations in different cities! Broadcasting live from each station, Jackson worked extremely long hours.

In the early 1940s, Jackson organized the Washington Bears. This black basketball team played against white local and professional teams and finished the 1942-43 season with a record of 66-0. He also began the Good Deed Club, which donated toys, money, books, and volunteers to hospitals and others. In the spring of 1949, Jackson's television variety show premiered. At the end of that year, he moved to New York with his radio show, "The House that Jack Built." By the mid-1950s, he was again working at multiple stations. As the first African American announcer on network radio, he attracted the largest radio audience in the world at that time. Jackson continued to succeed in television as well, hosting a Sunday morning children's show, Uncle Hal's Kids Show.

Through the years, Jackson's civic works became legendary. He used every opportunity to improve people's lives-from busing groups of underprivileged children to the Palisades Amusement Park, to establishing a scholarship fund for Howard University. He also began Hal Jackson's Talented Teens International, a scholarship competition that has impacted over 30,000 young women of color. Jackson used his position and popularity to agitate for civil rights and actively participated in numerous history-making events. The NAACP and the SCLC benefited from his fundraising efforts. In 1969, Jackson helped African American models gain recognition by hosting The Miss Black America Pageant. In 1971, Jackson and other African American entrepreneurs founded Inner City Broadcasting and bought stations all over the country.

Jackson has hosted "Sunday Classics," on New York radio station WBLS for over a decade. Jackson was the first African American inducted into the Broadcast Hall of Fame, and several U.S. Presidents have honored him with special achievement awards.

See how Hal Jackson is related to other HistoryMakers
Donate Now
Click Here To Explore The Archive Today! 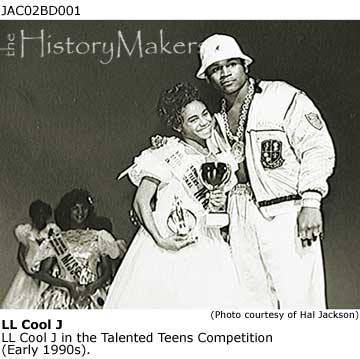 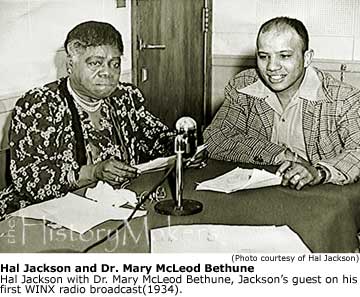