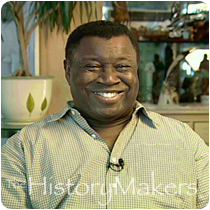 Legendary music producer and arranger H. B. Barnum has worked with an extraordinary cross-spectrum of performers in his long career. Barnum was born Hidle Brown Barnum, Jr., on July 15, 1936, in Houston, Texas. At age four, he won a nationwide talent contest for his singing and piano playing, which launched a film and radio career that included appearances on Amos ‘n’ Andy and The Jack Benny Program. Barnum recorded his first solo album at the age of fourteen as Pee Wee Barnum. He attended Manual Arts High School in Los Angeles, California.

In 1955, Barnum co-founded the short-lived doo-wop group, The Dootones, at the request of Dootone label owner, Dootsie Williams. When the group broke up, he joined another doo-wop group, The Robins. Barnum began producing for The Robins in 1958, and also recorded a single on his own. Barnum had his first major hit as a producer when Dodie Stevens’ “Tan Shoes and Pink Shoelaces” reached the U.S. Top 5 in 1959. Although he recorded three albums during the 1960s – The Record, The Big Voice of Barnum – H. B., That Is, and Everyone Loves H. B. – Barnum, That Is – as well as the hit single “Lost Love,” his work as a producer and an arranger began to outpace his musical career. Barnum’s reputation flourished after he joined Capitol Records, where he often worked in collaboration with producer and longtime friend David Axelrod, forging an innovative orchestral jazz-funk sensibility much copied and sampled in later decades. Barnum has arranged for many notable musicians including Gladys Knight & The Pips, Johnny Bristol, Lamont Dozier, Jimmy Norman, Aretha Franklin, Count Basie, Etta James, Nancy Wilson, Martha Reeves, The Temptations, The Jackson 5, The Marvelettes, O.C. Smith, Frank Sinatra, Lou Rawls, The Supremes, Al Wilson, B.B. King and Puff Daddy. By the mid-1970s, Barnum switched from pop music to television, scoring countless series and specials in addition to composing numerous advertising jingles. He won international awards for his musical compositions for commercials. Barnum has claimed to be responsible for around 100 gold LPs and 160 gold singles.

Beginning in 1967, Barnum has held an annual Thanksgiving dinner for the homeless in his Los Angeles community. In 1981, he founded and began directing H. B. Barnum’s Life Choir, a large well-known gospel group that assists him in helping feed nearly one thousand needy people every Thanksgiving. Barnum has also served as minister of music at St. Paul’s Baptist Church of Los Angeles.