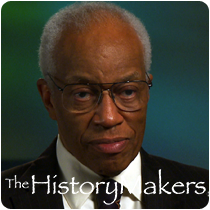 "Do what you love and love what you do."

NASA astronaut, aerospace engineer, military officer, and senior engineering executive, Guion S. Bluford Jr. was born on November 22, 1942 in Philadelphia, Pennsylvania. He was the eldest of three sons of Guion Bluford, Sr., a mechanical engineer, and Lolita Bluford, a special education teacher. Bluford graduated from Overbrook Senior High School in 1960 and went on to graduate from Pennsylvania State University in 1964 with his B.S. degree in aerospace engineering. He was also a distinguished graduate of the U.S. Air Force ROTC program and received his commission as an Air Force second lieutenant. Bluford graduated from the Air Force Institute of Technology with his M.S. and Ph.D. degrees in aerospace engineering in 1974 and 1978, respectively. In 1987, Bluford received his M.B.A. degree in management from the University of Houston at Clear Lake.

After receiving his Air Force pilot wings, Bluford was assigned to the 557th Tactical Fighter Squadron at Cam Ranh Bay, Vietnam. As an F4C fighter pilot, he flew 144 combat missions in Southeast Asia. From 1967 to 1972, he was a T-38 instructor pilot at Sheppard Air Force Base in Texas where he trained future U.S. Air Force and West German fighter pilots. Upon graduating from the Air Force Institute of Technology in 1974, Bluford was assigned to the U.S. Air Force Flight Dynamics Laboratory as Deputy for Advanced Concepts in the Aeromechanics Division and then as Branch Chief of the Aerodynamics and Airframe Branch. In 1978, Bluford was selected for the astronaut program and was officially designated a NASA astronaut one year later. In 1983, he became the first African American to fly in space and the first to receive the U.S. Air Force Command Pilot Astronaut Wings. Bluford was also the first African American to return to space a second, third, and fourth time when he flew on STS-61A in 1985, STS-39 in 1991, and STS-53 in 1992. He has logged more than 688 hours in space.

In 1993, he retired from NASA and the United States Air Force to become the Vice President/General Manager of the Engineering Services Division of NYMA Inc. He led the research support effort in aeropropulsion, satellite systems, microgravity and advanced materials. In 1997, he became the Vice President of the Aerospace Sector of the Federal Data Corporation and led the company’s NASA business. Finally, in 2000, Bluford became the Vice President of Microgravity R&D and Operation for Northrop Grumman Corporation and led the industry team in the development of two experiment facilities currently on the International Space Station. Today, Bluford is the President of the Aerospace Technology Group in Cleveland, Ohio.

Guion Stewart Bluford, Jr. was interviewed by The HistoryMakers on May 9, 2013.